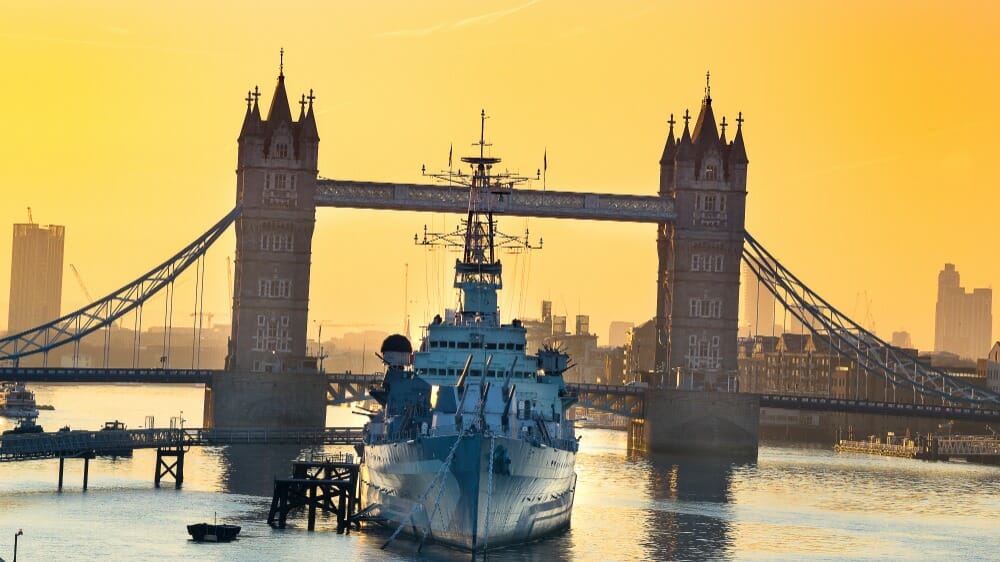 HMS Belfast was originally built for the Royal Navy. The large ship is now a museum, located on the River Thames in Central London.

The Imperial War Museum operates HMS Belfast and inside you’ll find tons of fun interactive displays, amazing views of the River Thames and lots of multi-sensory experiences across the nine decks.

HMS Belfast is full of history and through crew member stories you can find out how the ship fired some of the opening shots during D-Day and even it’s role in the Korean War.

The ship is the last standing ship surviving the Second World War and provides an unforgettable day for the whole family to explore.

What is there to See and Do on HMS Belfast?

You can choose between Adult or Child tickets for this iconic London landmark.

Check the prices of tickets here.

You can board HMS Belfast on the south side of the river.

HMS Belfast was a light cruiser of the Royal Navy, commissioned in 1939. She served in World War II, seeing action against Nazi Germany and taking part in the Arctic convoys. In 1963, she was recommissioned as an exhibit at the Imperial War Museum in London, where she remains today.

During her time with the Royal Navy, HMS Belfast saw action in some of the most significant events of World War II. She was part of the force that destroyed the German battleship Scharnhorst at the Battle of North Cape in 1943. She also took part in the Normandy landings in 1944, providing gunfire support to British troops as they fought their way ashore on Omaha Beach.

In 1963, HMS Belfast was decommissioned and sold to the Imperial War Museum for £300,000. The floating city arrived in London in October of that year and was opened to the public as a museum ship in 1971. Today, she is one of the most popular tourist attractions in the city, welcoming over 300,000 visitors each year. 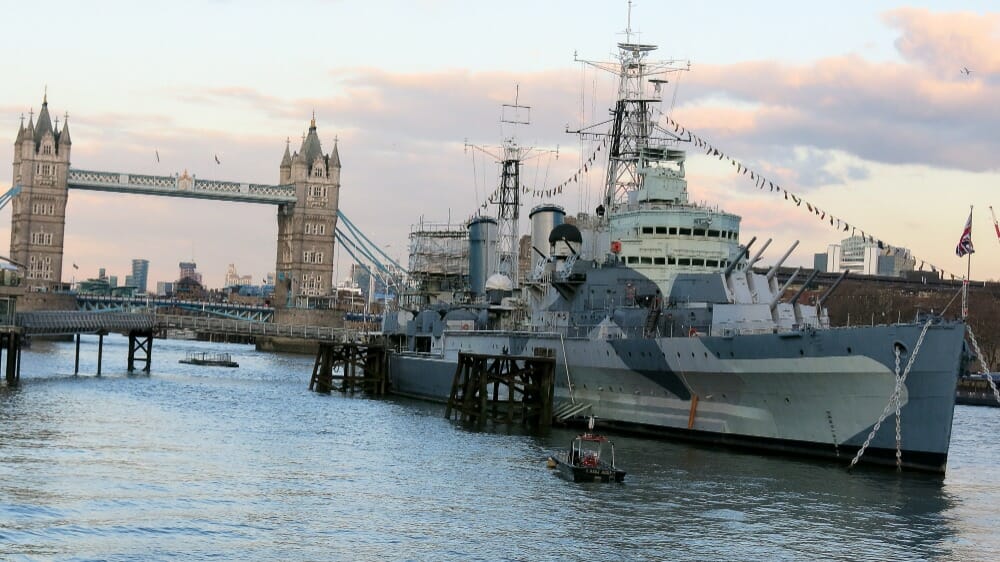 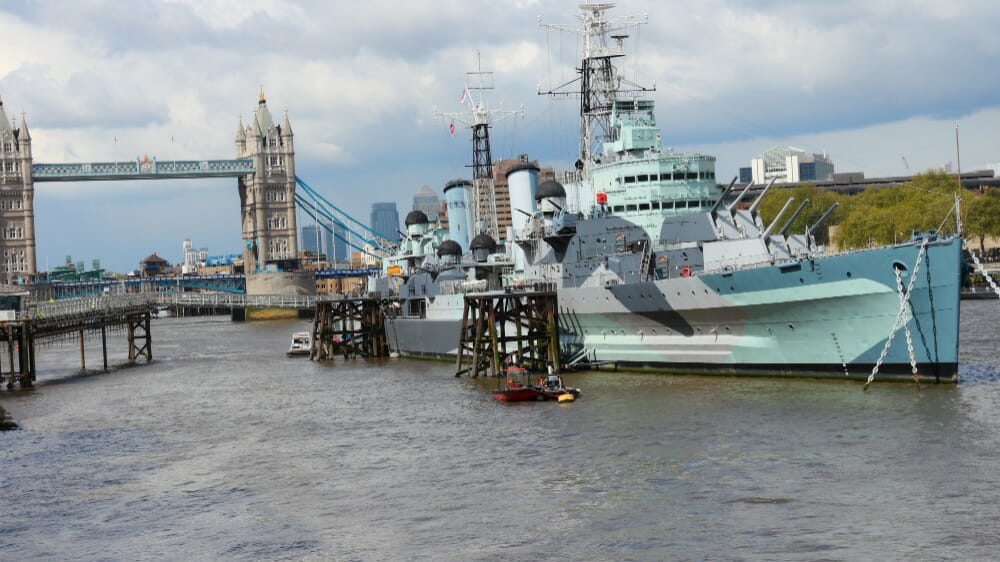 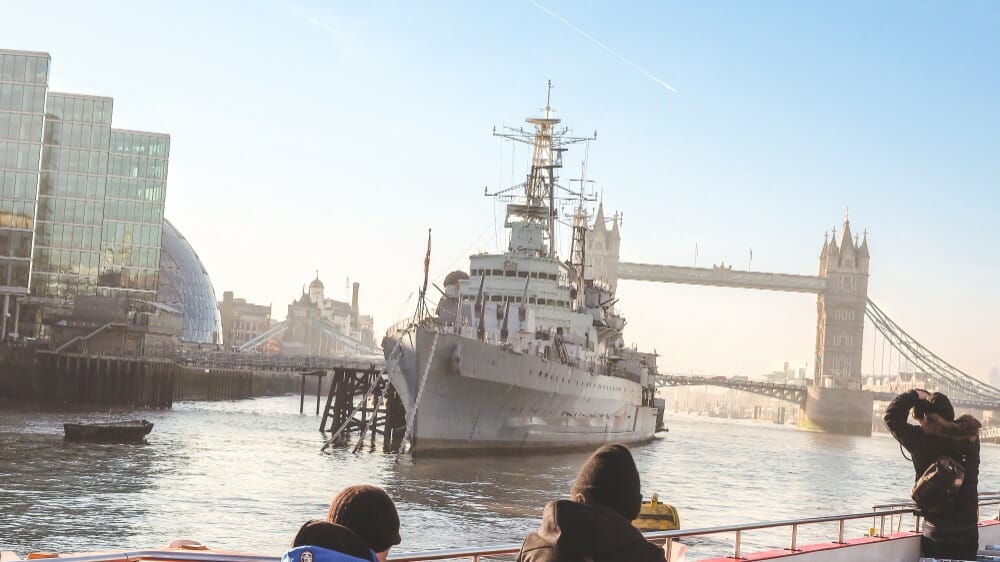 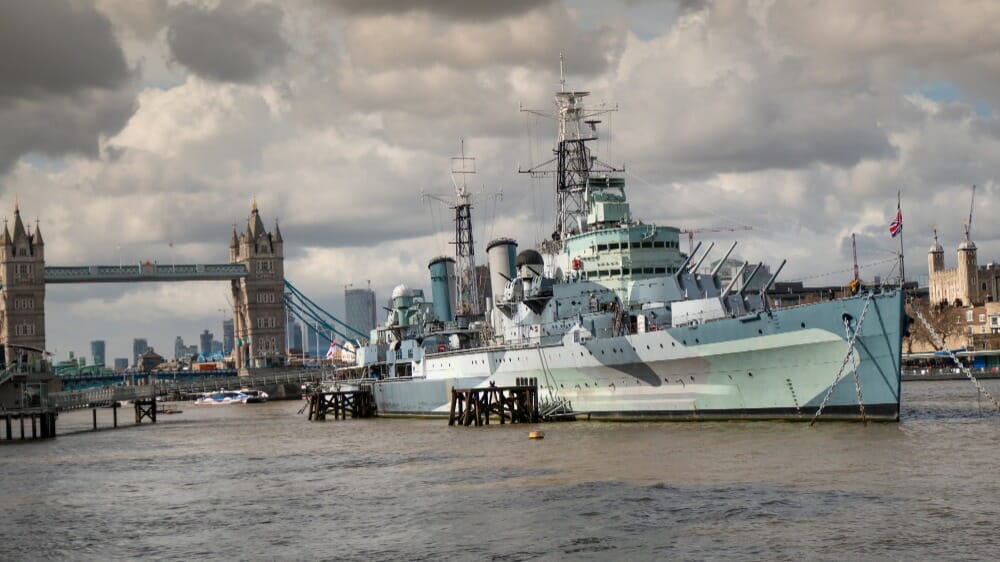 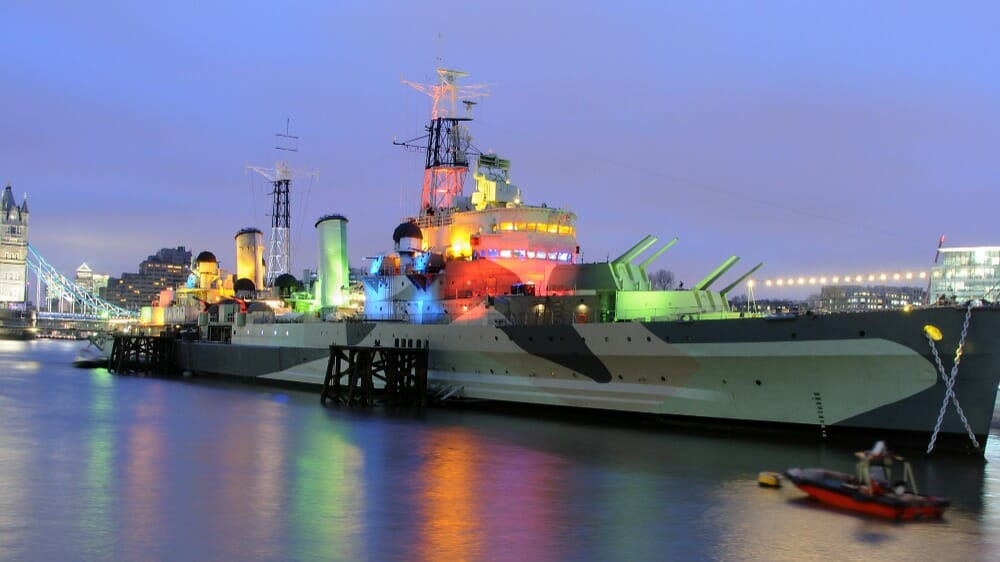 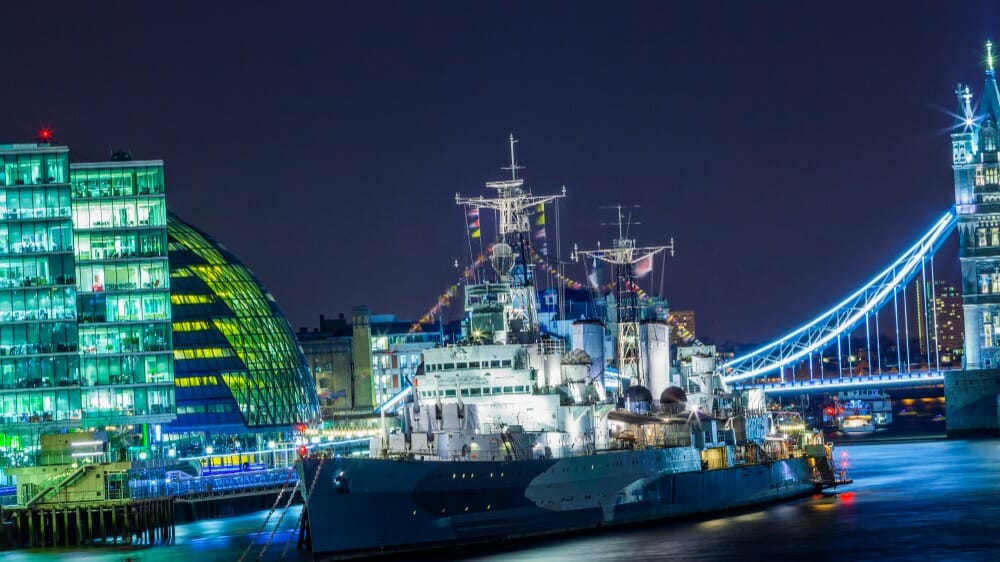 Where is HMS Belfast?

HMS Belfast is located in Central London on the River Thames.

The exact address is: The Queen’s Walk, London SE1 2JH

How do you get to HMS Belfast?

The closest train station to HMS Belfast is London Bridge. From there its a 0.5 mile walk to the ship.

Is HMS Belfast worth visiting?

HMS Belfast is a historical ship and is one of the only surviving D-Day warships.

How long do you need at HMS Belfast?

Visiting HMS Belfast usually takes around 90 minutes to explore the whole ship. Although most visitors spend at least three hours exploring the nine decks and some even half a day.

No HMS Belfast is no longer a operational warship. The ship has been a museum since 1973.

Why is HMS Belfast so famous?

HMS Belfast is most famous for its sinking of the German battle cruiser Scharnhorst. This resulted in the loss of 1963 crew members.

It also played a vital role in protecting Russia’s supply route in freezing conditions in the arctic circle throughout the war.

Is HMS Belfast being reactivated?

No, HMS Belfast is a permanent museum ship and will not be reactivated.

What Is the ship near London Bridge?

The ship near London Bridge is the HMS Belfast.

It is a museum owned by Imperial War Museums.