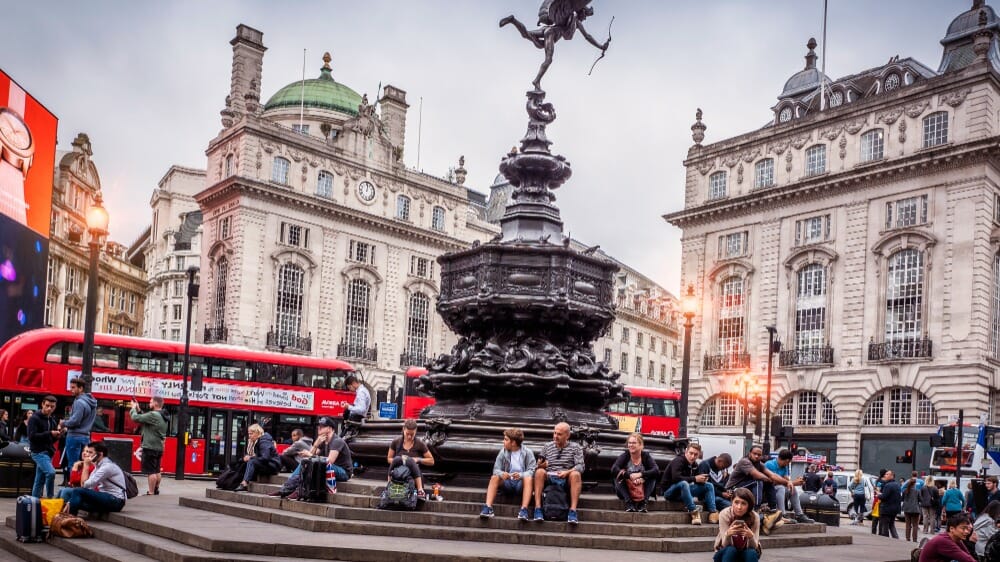 Piccadilly Circus, more commonly known as the Times Square of London, was designed to bring people together from all corners of the city. But now, it connects visitors from every corner of the globe.

Many first-time visitors may be disappointed by its simplicity, but after you sit down near the Eros statue and observe people for a few minutes, you’ll understand why Piccadilly Circus is such a treasure in London.

More than 100 million people visit Piccadilly Circus each year, making it one of the most well-known intersections in the world. 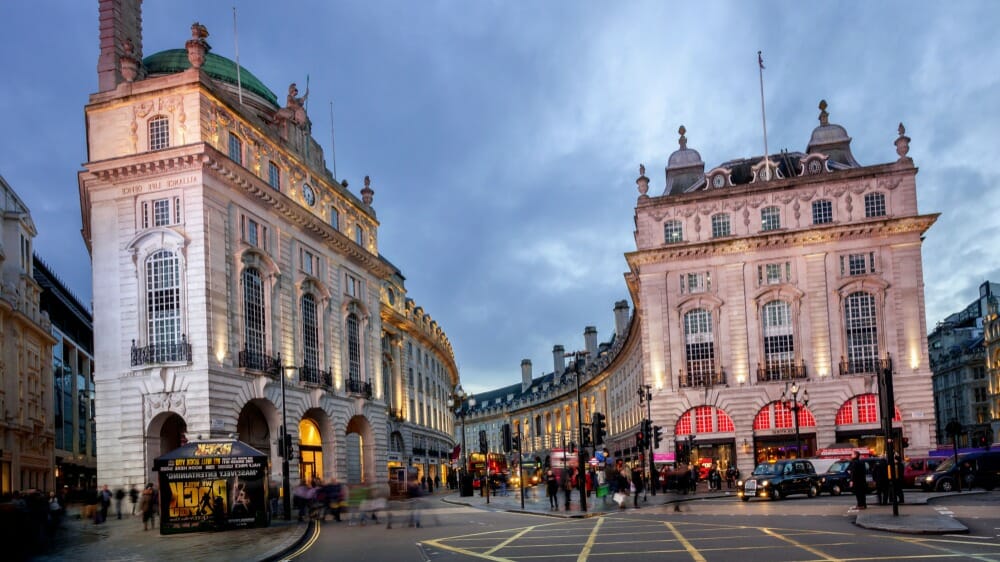 The district’s name stems from the 17th-century ‘piccadills’, or frilled collars, designed by tailor Robert Baker.

He grew famed in London for his piccadills, and decided to build an ostentatious abode befitting of his status in the area now known as Piccadilly Circus.

The junction was named after Baker’s home (‘Piccadilly House’) when it was built, and has kept the moniker since.

The West End of London was a popular destination for American soldiers stationed in Britain during World War II who wanted to go out clubbing for the night.

Piccadilly is most well-known for its large electronic advertisements, called the Piccadilly Lights. Companies shell out a lot of money to have their products and logos displayed on these billboards, with costs estimated in the millions.

For over a century, the Piccadilly Lights have illuminated Piccadilly Circus. The lights are actually owned by more than 50 different companies and they often change what is advertised there. They’ve been on 24/7 since 1908 with very few exceptions. 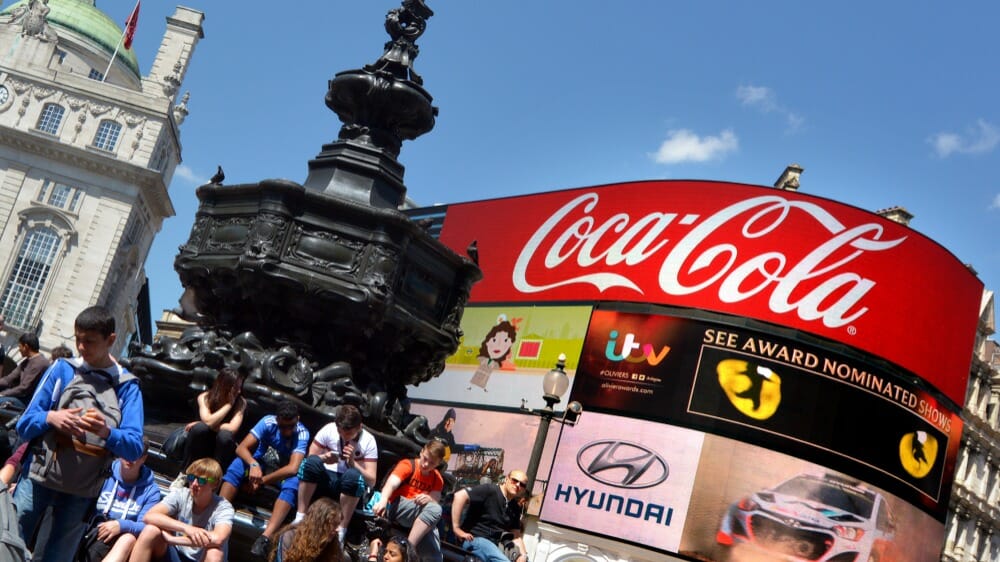 There are many reasons to visit Piccadilly Circus, from the Ripley’s Believe It Or Not! Museum to the famous London theatres. But there are also plenty of hidden gems scattered around the square that are worth taking a picture of.

In 1893, the Shaftesbury Memorial Fountain was built in Piccadilly Circus to commemorate Lord Shaftesbury, a renowned philanthropist.

The statue originally called the Angel of Christian Charity, located at the top of the fountain, was later renamed Eros.

Piccadilly Circus is home to a number of landmarks, including the London Pavilion, the Criterion cinema and Lilywhites department store.

But the finest thing to do while you’re in Piccadilly Circus is to get a photo beneath the Piccadilly Lights. 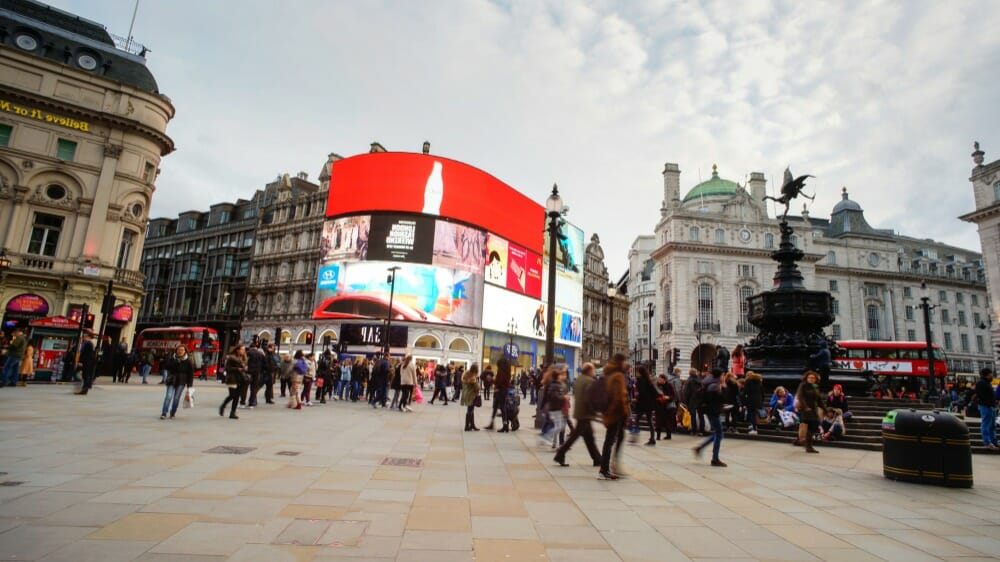 Driving in Piccadilly Circus is to be avoided at all costs as it is an incredibly busy area of London.

If you’re looking to do some shopping while in London, take a walk down Regent’s Street from Piccadilly Circus and towards Oxford Street.

There aren’t many places to sit in Piccadilly Circus unless you’re at a restaurant.

If you want to sit on the steps near the Eros statue in Piccadilly Circus, be sure your clothing isn’t too expensive, as it can be quite dirty.

Come back to visit Piccadilly Circus at night for a different experience – the area is full of energy then, compared to the day.

During the winter, walk down Coventry Street from Piccadilly Circus to Leicester Square, where you’ll feel as if you’re in a Charles Dickens Christmas story.