Bath is located in the south-west of England, and is the largest city in the county of Somerset.

It is approximately 90 miles west of London and 15 miles east of Bristol.

The City of Bath is a UNESCO World Heritage Site and its Roman baths are a major tourist attraction.

The Bath area has been occupied since at least the Bronze Age (c. 2200 BC), and was later settled by the Celts.

The Romans built bathhouses here during their occupation of Britain (43–410 AD).

This world famous city is one of the best places to visit in the South West of England.

Things To Do In Bath

The Roman Baths are the best-preserved Roman site in the United Kingdom and one of the finest examples of a Romano-British building in Europe.

Located in the city centre, they are a major tourist attraction and form part of the UNESCO World Heritage Site known as the City of Bath.

The baths were constructed around 70 AD and used until 400 AD, when they fell into disrepair.

The site was then rediscovered in the 18th century, and the baths were fully excavated and restored to their former glory.

The Great Bath is a large pool filled with hot spa water. It once stood in a hall that rose to a height of 20 metres.

The Roman Baths are open year round and are well worth a visit.

Bath Abbey is a large, ornate church in the centre of the city of Bath.

It is one of the largest churches in the UK, with a capacity of 1,200 people.

The Abbey dates from the 7th century, when a monastery was founded on the site.

The Abbey is built in the Gothic style, with a large nave and west front, and a series of chapels and side-chapels radiating off from the main body of the church.

The west front is adorned with statues of kings and queens, while the nave is lined with 28 carved stone columns.

Inside you can climb Bath Abbey’s tower and enjoy that fantastic architecture.

Admission to the Abbey is free, although donations are suggested. 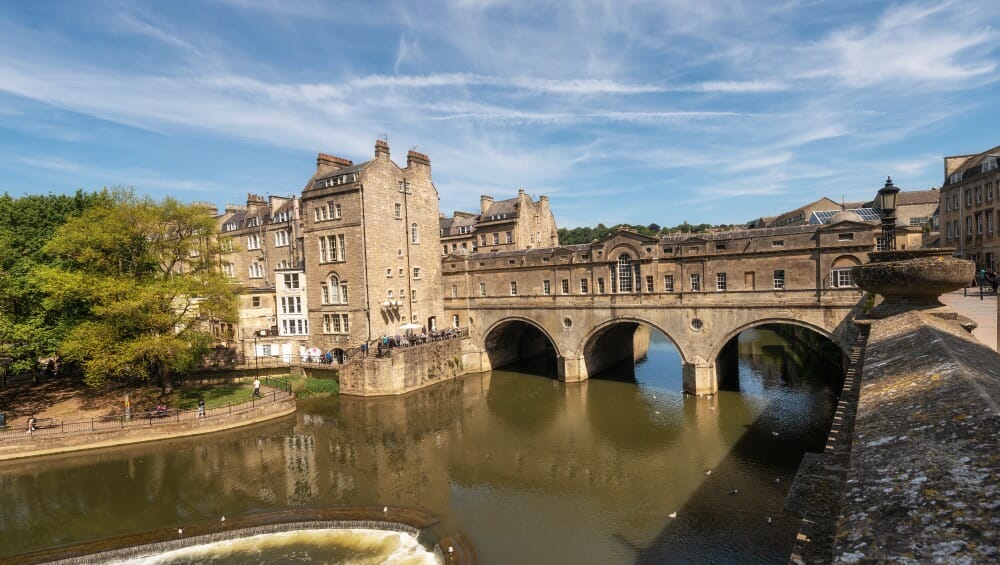 Pulteney Bridge is a grade I listed bridge in Bath that was built between 1769 and 1774 by Robert Adam, and spans the River Avon.

The bridge has three elliptical arches and is constructed from Bath Stone.

Pulteney Bridge was commissioned by William Pulteney, 1st Earl of Bath, to link his new estate on the west bank of the River Avon with Bath city centre on the east bank.

It was the first bridge in Britain to be built with shops on both sides. The shops on the bridge were let out to provide an income to help offset the cost of construction and upkeep of the bridge.

Pulteney Bridge is great for a stroll and to admire the views of the River Avon and the beautiful architecture of Bath. 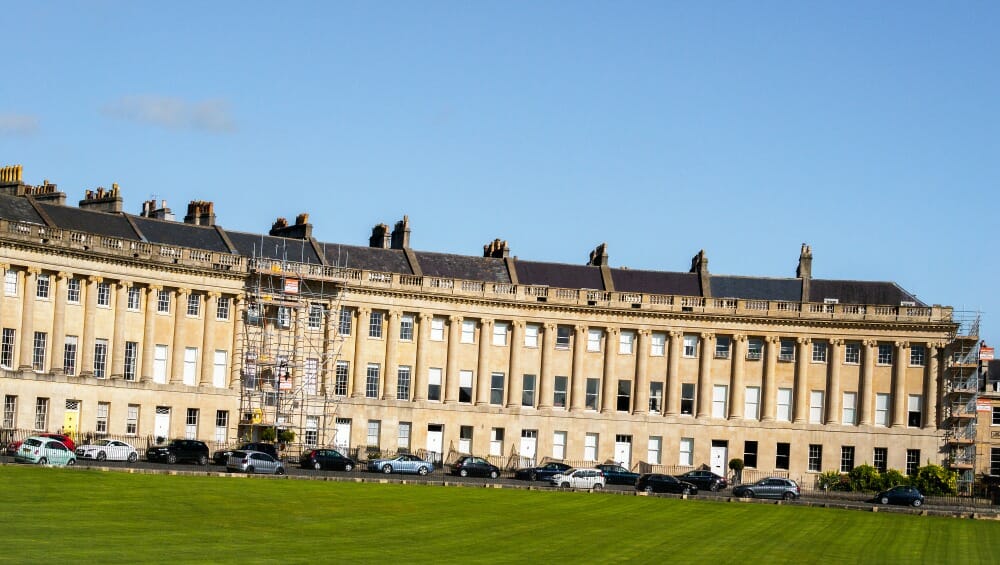 The Royal Crescent is a street in Bath built between 1767 and 1774 and is listed Grade I on the National Heritage List for England.

The street consists of a terrace of 30 Georgian townhouses set in a crescent shape.

The Royal Crescent is one of the most recognisable landmarks in the city of Bath and is a popular tourist destination.

The street was designed by John Wood, the Younger and the houses are all identical in design, with five windows on each floor, except for the end houses which have six windows on the ground floor and seven on the first floor.

The street has been used as a filming location for many films and television programmes, including Pride and Prejudice, Persuasion, The Cruel Sea and Vanity Fair.

Royal Crescent is good for a visit for anyone interested in history, architecture and the Georgian period. 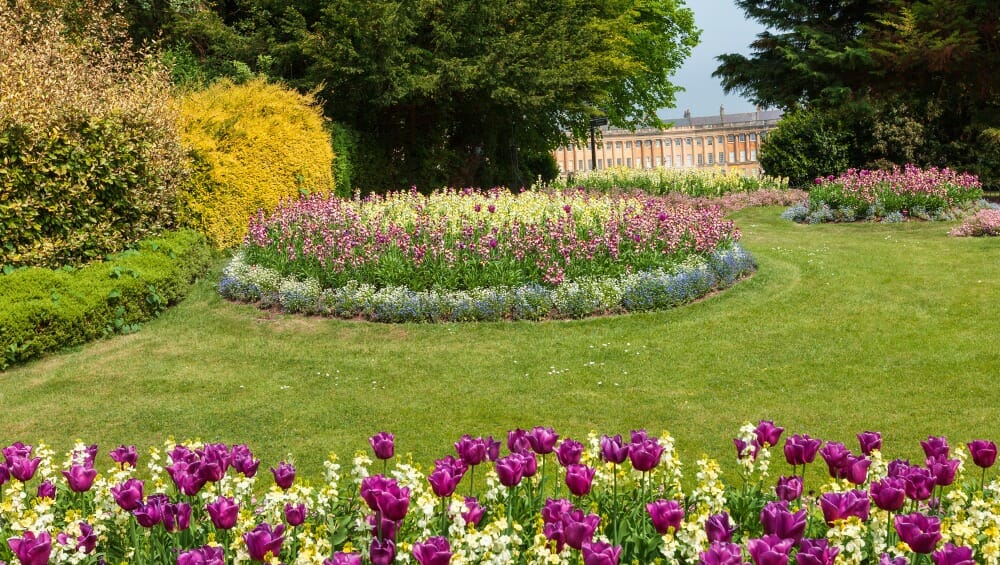 Royal Victoria Park is a public park opened in 1830 by the 11-year-old Princess Victoria.

The park covers an area of 57 acres and includes a lake, gardens, a bandstand, an aviary and a children’s play area.

The park is also home to the botanical gardens of the University of Bath.

Royal Victoria Park is open all year round and is free to enter.

It is well used by both locals and visitors to Bath and is a popular spot for picnics.

Fashion Museum Bath is a museum of fashion, housed in the former Assembly Rooms, which were built in 1771.

The Fashion Museum Bath contains a collection of over 200,000 items of fashion and textile history dating from the 16th century to the present day.

The museum also has a library and archive containing over 35,000 books and magazines on fashion and dress history.

The Fashion Museum Bath is a popular tourist attraction, and receives over 100,000 visitors each year. 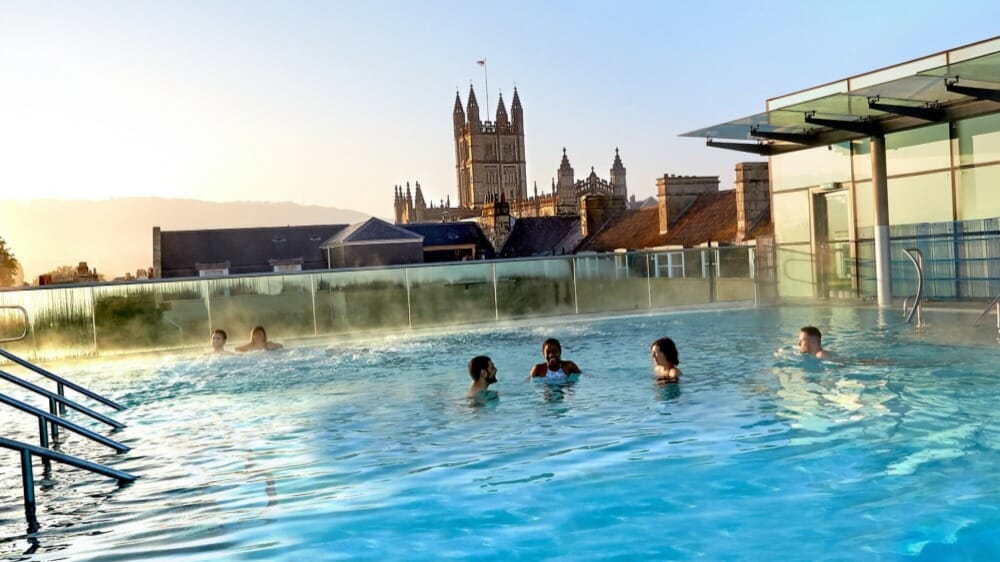 Thermae Bath Spa is one of the most popular tourist attractions in the UK.

This unique Thermae spa allows visitors to experience the benefits of thermal waters in a variety of ways.

The main pool at Thermae Bath Spa is fed by natural hot springs, which have been used for centuries for their therapeutic properties.

The water is kept at a comfortable temperature of 34°C, making it perfect for a relaxing soak.

There are also a number of treatments and therapies on offer, using both the thermal waters and other natural ingredients.

Whether you’re looking to relax or rejuvenate, Thermae Bath Spa is the perfect place to unwind and enjoy some well-deserved pampering. 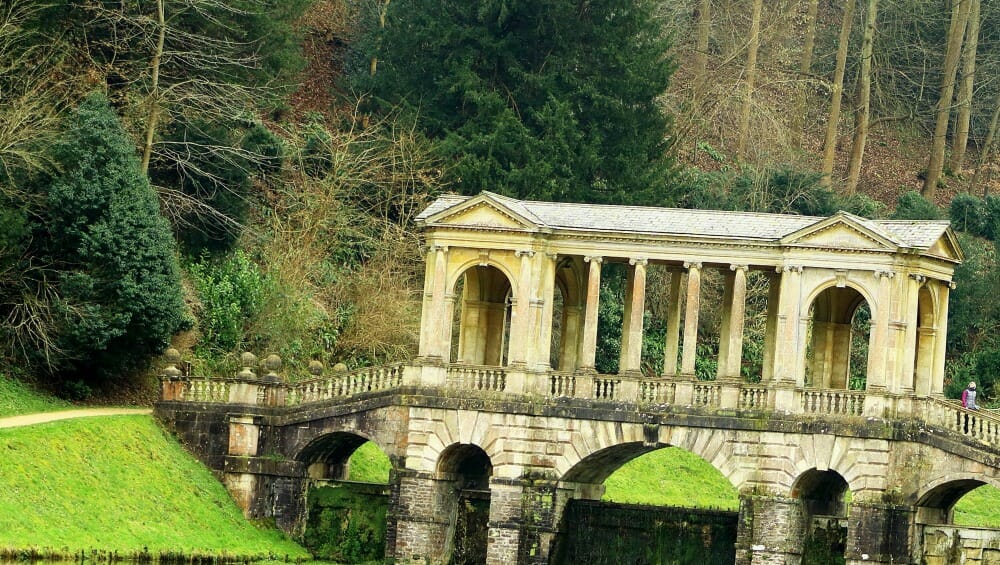 The Prior Park Landscape Garden is a former private garden, which is now owned by the National Trust and open to the public.

The gardens were designed by the landscape architect Capability Brown and the poet Alexander Pope in 1742.

The gardens are situated on a south-facing hillside overlooking Bath and make a pleasant outing from the centre of town.

The Prior Park Landscape Garden was added to the Register of Historic Parks and Gardens of Special Historic Interest in 1984. In 1999, they were Grade I listed by English Heritage. 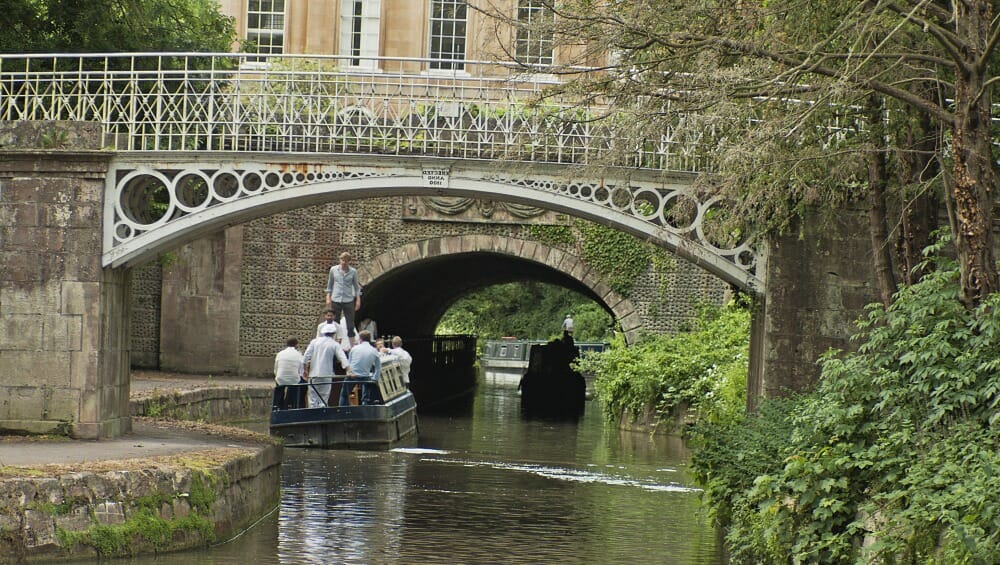 Sydney Gardens is the oldest park in the city of Bath and is located behind the Holburne Museum at the end of Great Pulteney Street.

The gardens were originally laid out in the English landscape garden style, with winding paths, lakes and rivers, and varied planting.

Today, the park covers an area of 22 acres and is home to a number of features including the Bath Cricket Club, a bowls club, tennis courts and a children’s playground.

The park also hosts a number of events throughout the year, including an annual food and drink festival. 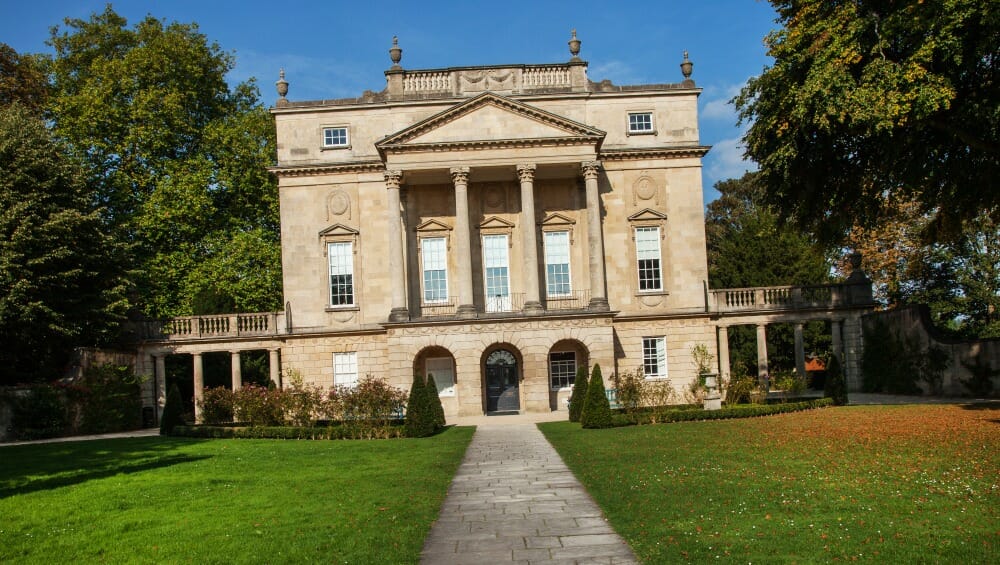 The Holburne Museum is a small art museum and was founded in 1882 by Sir William Holburne, a retired diplomat and art collector.

The museum houses a collection of over 800 paintings, as well as collections of porcelain, silver, furniture and sculpture.

The painting collection includes works by artists such as Turner, Gainsborough, Reynolds and Stubbs.

There is also a selection of contemporary art on display.

In addition to the permanent collections, the Holburne Museum also hosts a programme of temporary exhibitions.

These have included shows on Pre-Raphaelite art, Impressionism and fashion.

A must-see for art lovers, tickets can be purchased online. 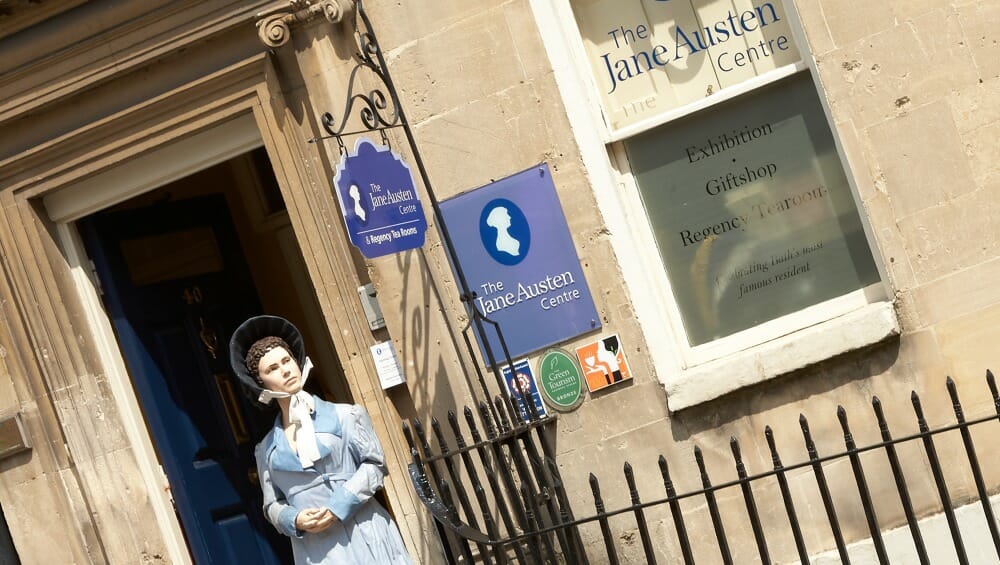 The Jane Austen Centre is a museum dedicated to the life and work of the writer Jane Austen, who lived in the city.

The museum is located in a Georgian townhouse on Gay Street, which was built in 1727.

The house has been restored to look as it would have when Austen lived there, with period furniture and décor.

The museum houses a collection of Austen-related artefacts, including letters, clothing and portraits.

There is also a permanent exhibition on Austen’s life and work, as well as temporary exhibitions on topics related to her novels.

Visitors to the Jane Austen Centre can also take part in a guided tour of the city, which includes a visit to the Pump Room and Bath Abbey, two places that Austen would have known well.

Great Pulteney Street is a wide boulevard in the city of Bath and was built in the 18th century as part of a redevelopment project undertaken by the architect Thomas Baldwin.

The street is notable for its width (it is one of the widest streets in Europe) and for its Georgian architecture.

The street is lined with shops, restaurants and hotels, as well as a number of notable buildings, such as the Assembly Rooms and the Holburne Museum.

At the western end of the street is a large square, known as Great Pulteney Street Circus, which is home to a number of statues. 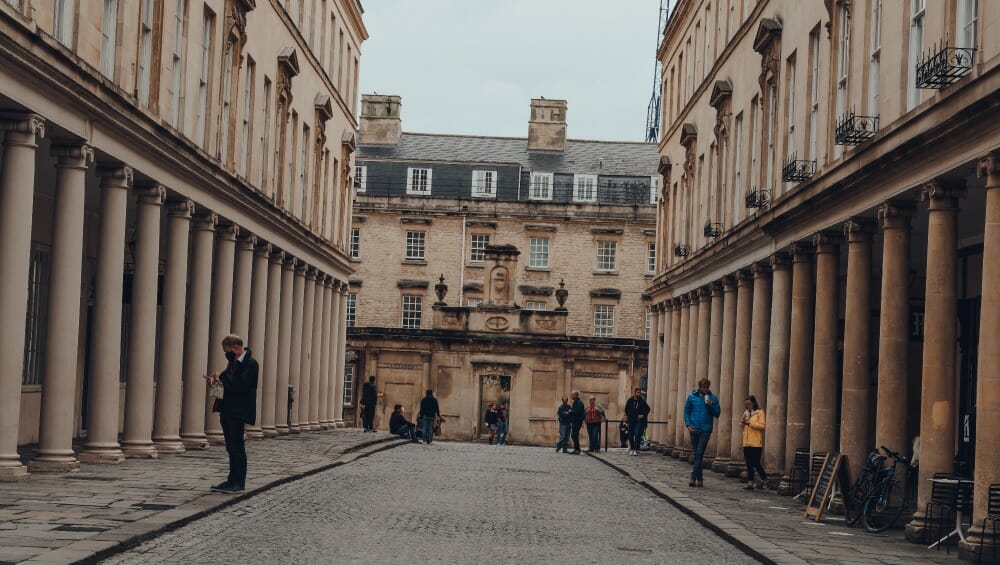 Bath Street is a attractive street of Georgian architecture and colonnades.

It spans the short distance between the Roman Baths and the Cross Bath, and was built in 1791.

It was first called Cross Bath Street since it leads to the Cross Bath.

The historic buildings lining each side of the street are all registered as Grade I listed buildings.

It’s a lively tourist destination as visitors walk between the various sites of Bath.

You can see the Abbey in the distance, and the west side of the Roman Baths complex is visible at the end of the road.

Bath Street is lined with shops and restaurants, making it the perfect place for taking afternoon tea or doing some shopping.

How long is the Bath Skyline walk?

The Bath Skyline walk is a six mile route circular walk that is a short distance from Bath city centre.

Visitors can start the Bath Skyline walk at Bath University, carpark A and follow the trail past Bathampton Woods around to Shamcastle.

You can see meadows, ancient woodlands and secluded valleys, with a mix of town and country walking, but the trail can get muddy in wet weather.

When is the best time to visit Bath?

The best time to visit Bath is early June until the end of September when the weather is milder and warmer in the Summer.

Low season is November to February when hotels are a lot cheaper, except over the Christmas and New Year period.

Where in Bath is the artisan quarter?

Walcot Street is known as the artisan quarter and has a great selection of independent craft shops, curio shops and workshops.

Walcot Street is the place for artistic inspiration.

What can you see at the American Museum and Gardens in Bath?

The American Museum and Gardens in Bath has a brilliant collection of decorative arts and cultural objects.

This first rate museum houses fascinating period rooms showing the diverse nature of American traditions, with a focus on the 14th to 20th centuries.

Is Bath Christmas market worth a visit?

Bath has one of the best Christmas markets and is definitely worth a visit.

The atmosphere is brilliant, with music and singing and just lots of people in the Christmas spirit.