Galveston is a beautiful coastal city in Texas that is known for its beautiful beaches, great seafood, nature parks and rich history.

Galveston is located on a small island off the coast of Texas, and was first settled by the Spanish in the early 1800s.

The island was later taken over by the Republic of Texas, and then became part of the United States in 1845.

Visitors to Galveston can enjoy plenty of activities such as swimming, sunbathing, fishing, or exploring the many historical landmarks and museums.

The city of Galveston was one of the most important ports in the United States during the 19th century, and was home to a large number of immigrants from Europe and other parts of the world.

Today, Galveston Texas is a popular tourist destination, and its historic downtown area is filled with shops, restaurants, and cafes.

The city also hosts a number of festivals and events throughout the year.

If you’re looking for a place to relax and rejuvenate, Galveston is the perfect destination.

Things To Do In Galveston 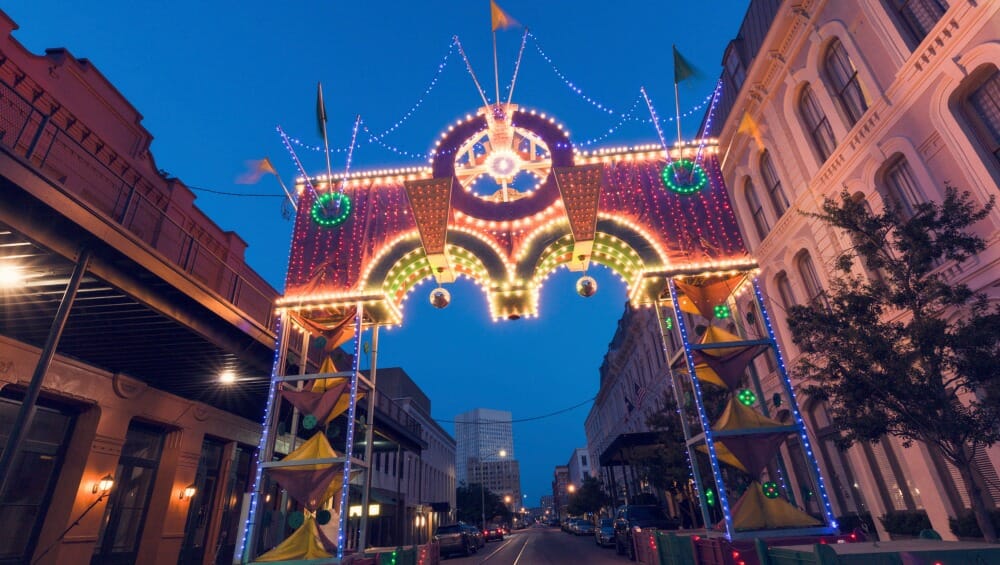 The area was once the center of the city’s business and financial district.

Today, it is known for its antique shops, art galleries, restaurants, and nightclubs.

The Strand Historic District is named after The Strand London, a street in England known for its theaters and shops.

In the late 19th century, Galveston became known as “The Wall Street of the South” due to the thriving businesses and finance industry located along The Strand.

Some of the buildings in The Strand District date back to the 1850s and 1860s.

The Strand is also the center of Galveston Mardi Gras festivities, the annual holiday celebration Dickens on the Strand and other seasonal festivals and activities 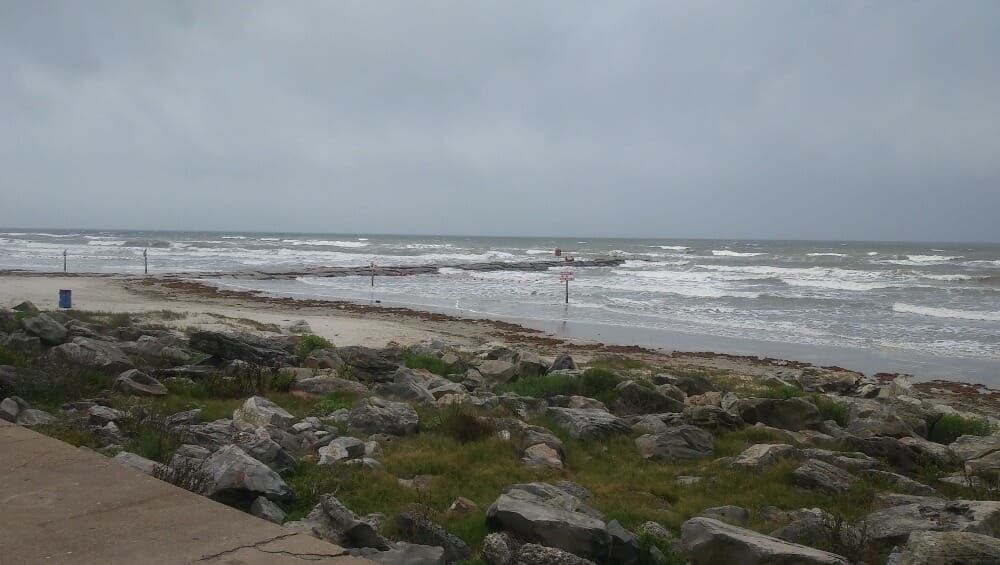 The Seawall in Galveston is one of the most important engineering structures in the United States.

It protects the city of Galveston from storm surge and waves associated with hurricanes and tropical storms.

The seawall was built after the devastating Hurricane of 1900, which killed more than 6,000 people and destroyed much of the city.

The seawall is 12 miles long and 17 feet high, and it has been credited with saving countless lives and billions of dollars in property damage.

The Seawall Boulevard is a popular destination for tourists, who come to walk, bike, or fish along its length.

It is also home to many restaurants and businesses.

However, there are also souvenir shops, boutiques, casual clothing stores plus bike and skate rental shops. 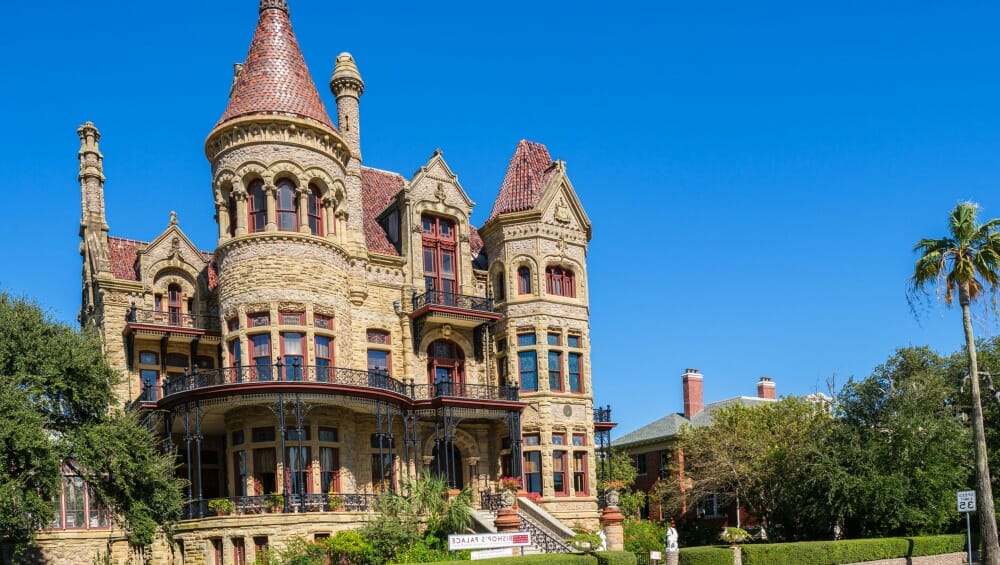 The Bishop’s Palace, built in 1892, is a historic landmark in Galveston.

The building was designed by noted architect Nicholas J. Clayton and is one of the finest examples of Victorian architecture in the United States.

The Bishop’s Palace was constructed as the residence of Colonel Walter Gresham, a prominent businessman and philanthropist.

Colonel Gresham and his family were among the first residents of Galveston after the city was rebuilt following the devastating hurricane of 1900.

The Bishop’s Palace is a three-story structure built of brick and stone, with the exterior of the building featuring intricate detailing, including carved gargoyles and stained glass windows.

The interior of the palace is just as impressive, with beautiful woodwork, marble fireplaces, and hand-painted ceilings.

The palace is located on Broadway Boulevard and is open to the public for tours. 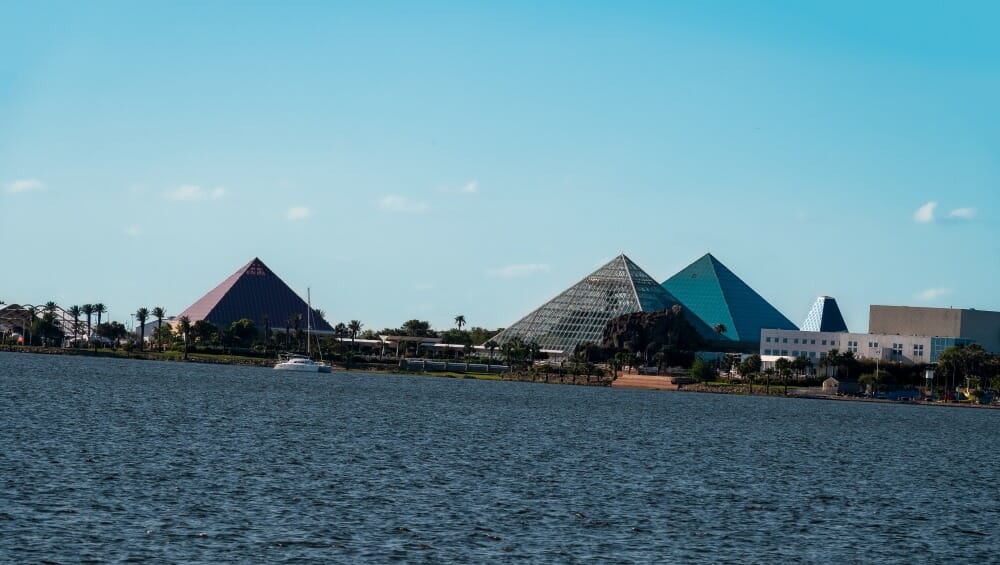 The Moody Gardens is a large complex consisting of three main attractions: the Rainforest Pyramid, the Aquarium Pyramid, and the Discovery Museum.

The Moody Gardens is located on the shores of Galveston Island and is a popular destination for tourists.

The Rainforest Pyramid is a lush, tropical environment that is home to thousands of plants and animals from around the world.

The Aquarium Pyramid houses a large aquarium with over 200 species of fish, reptiles, and amphibians.

The Discovery Museum is a hands-on museum with interactive exhibits about science and nature.

The Moody Gardens also has a hotel, convention center, spa, and golf course.

Moody Gardens is one of the major attractions in Galveston, Texas. 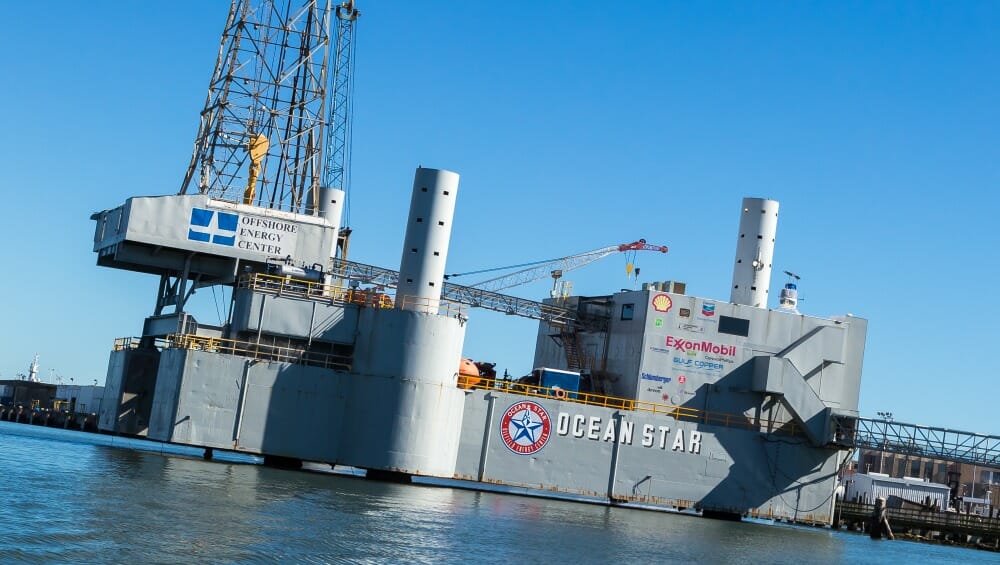 The Ocean Star Offshore Drilling Rig & Museum is located on Pier 21 in Galveston.

The museum is dedicated to the history and technology of the offshore drilling industry.

The Ocean Star is a decommissioned drilling rig that has been converted into a museum.

The Ocean Star Offshore Drilling Rig & Museum is a unique attraction that is sure to interest visitors of all ages. 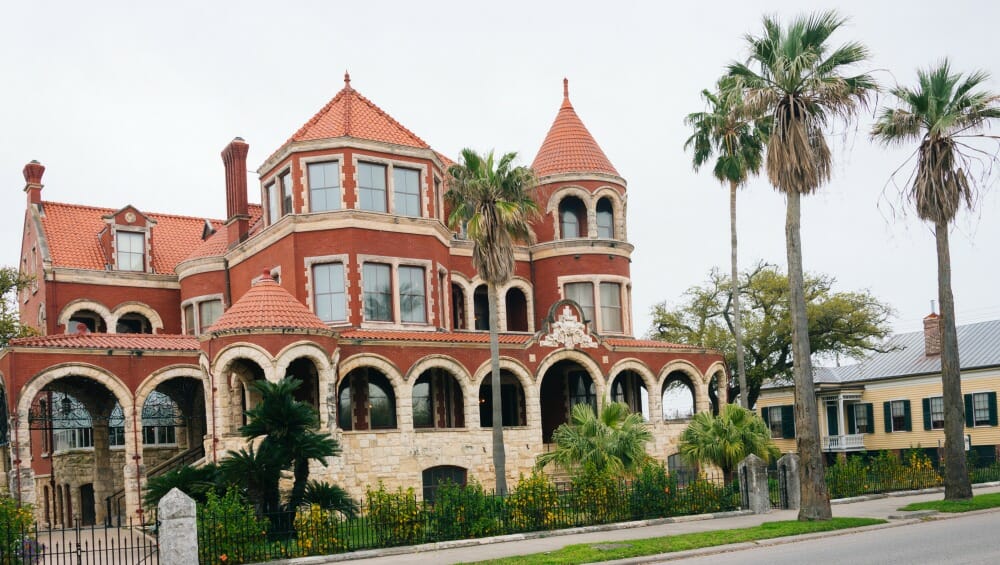 The Moody Mansion is a historic house museum in Galveston.

The mansion was built by W.L. Moody, Jr., a prominent businessman and philanthropist.

Now restored to its turn of the century splendour, this 28,000 square-foot, four-story Galveston historic home was completed in 1895.

It is furnished with original furniture and artefacts from the Moody family.

The Moody Mansion is open for a self guided tour that allows you to set your own pace through the house museum and grounds. 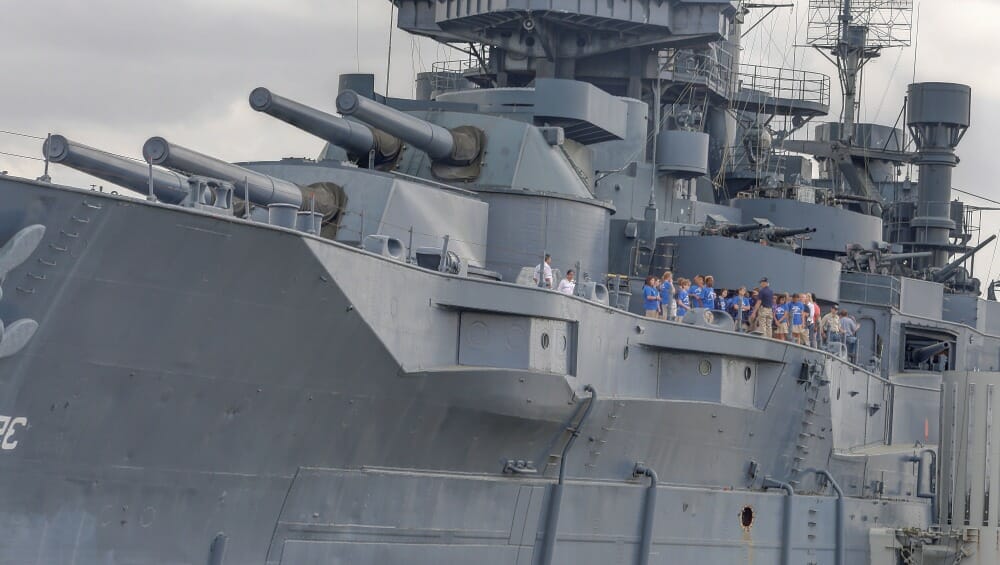 Galveston Naval Museum is dedicated to preserving the rich history of the United States Navy in Galveston, Texas.

The museum is located in the historic Strand District and features a variety of exhibits and displays on the naval history of the region.

The museum was founded in 1992 by retired Captain Walter J. Herbster and is operated by the Galveston Historical Foundation.

The Galveston Naval Museum houses a collection of more than 3,000 items that tell the story of the United States Navy in the region.

The museum also features a library with a research center that is open to the public. 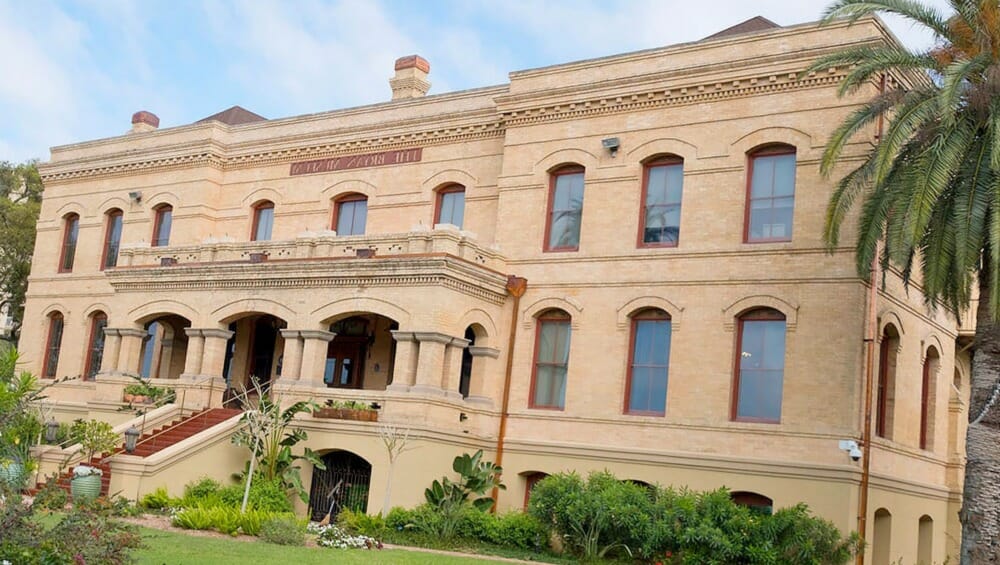 The Bryan Museum was founded in 2006 by J.P Bryan. It is one of the most popular tourist attractions in Galveston, averaging about 200,000 visitors per year.

The museum houses a large collection of artifacts and artwork related to the history of Texas and the American West.

The collection includes items from the early days of Texas’s settlement by Spain and Mexico, as well as the later years of cowboys and frontier life.

There are also many interactive exhibits, such as a mockup of a 19th-century printing press and a chuckwagon.

In addition to its collections, the Bryan Museum offers a variety of educational programs for both children and adults.

These programs include lectures, films, and workshops on topics such as Texas history, the American West, and museum conservation.

The Bryan Museum is also home to a research library with over 10,000 volumes on Texas and Western history. 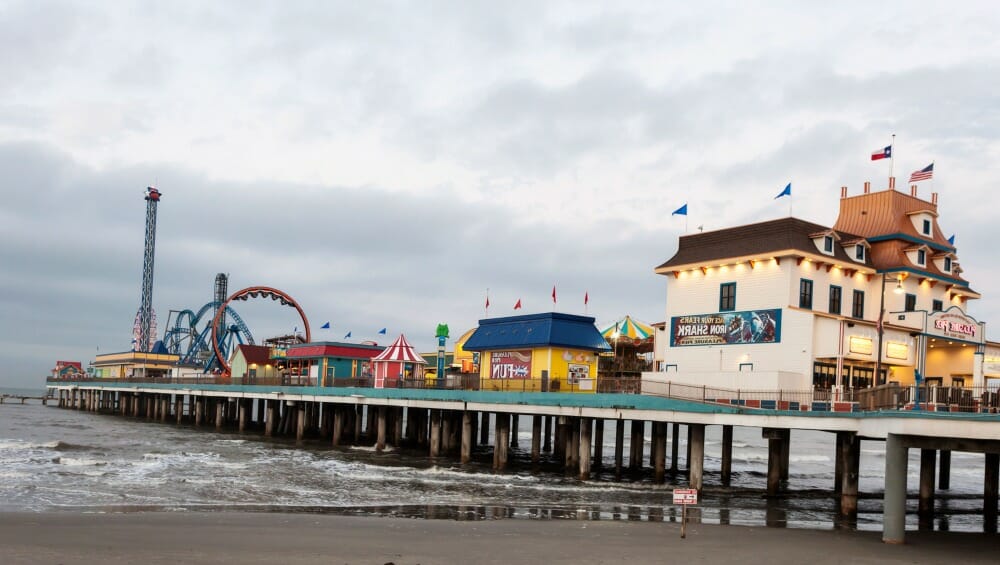 The pier was originally built in 1943, but it was destroyed by Hurricane Ike in 2008.

The pier was rebuilt and reopened to the public in 2012.

The amusement park features a variety of rides, games, and attractions, including a Ferris wheel, roller coaster, carousel, and arcade games.

One of the most famous rides is the Iron Shark rollercoaster.

There is also the Texas star flyer a 200-foot-tall fun time Star Flyer that is one of the tallest tower swing rides in Texas.

There are also several restaurants and shops located on the pier.

The Galveston Island Historic Pleasure Pier is sure to provide visitors with hours of fun and excitement. 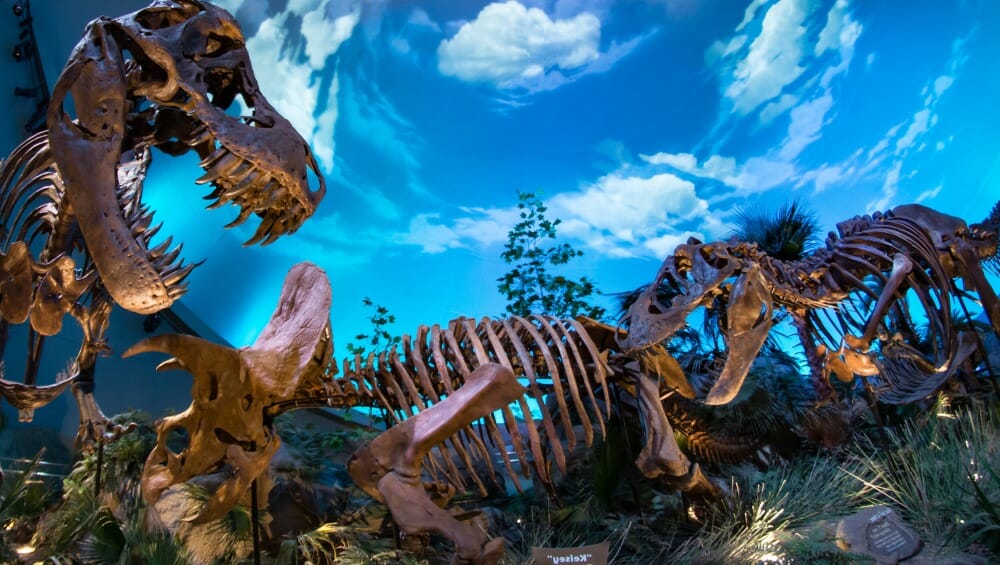 The Galveston Children’s Museum is located on the ground level of the Moody Mansion, at 2618 Broadway St.

The Museum is filled with engaging activities and interactive exhibits such as Our Town, Kid’s Clinic, A Stroke of Genius, and more.

Geared toward kids 1½ to 12 years old, the museum is a great way to spend a fun, family-filled day learning and playing.

Children will be fascinated by the self-directed activities promoting science, literacy, arts, and math. 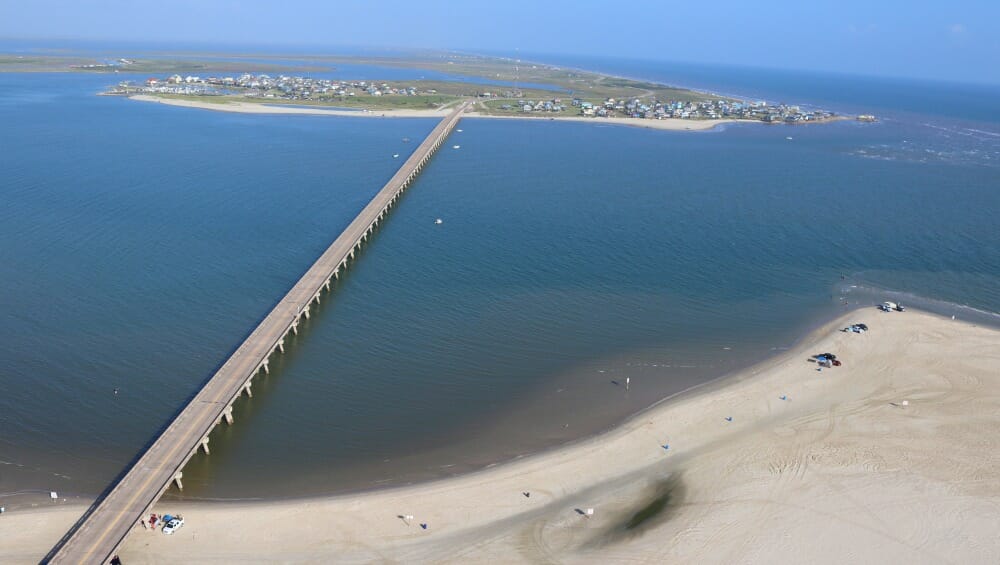 The island was hit hard by Hurricane Ike in 2008, but the park has since been restored and is once again a popular destination for both locals and visitors.

There are two main campgrounds at the park – East Beach and West Beach.

East Beach is the larger of the two and can accommodate up to 250 people.

West Beach is smaller and can accommodate up to 100 people.

Both campgrounds have restrooms with showers, picnic tables, grills, and water fountains.

The park also has a day-use area that includes a picnic pavilion, playground, and volleyball court.

Swimming is only allowed in designated areas at the East Beach campground. 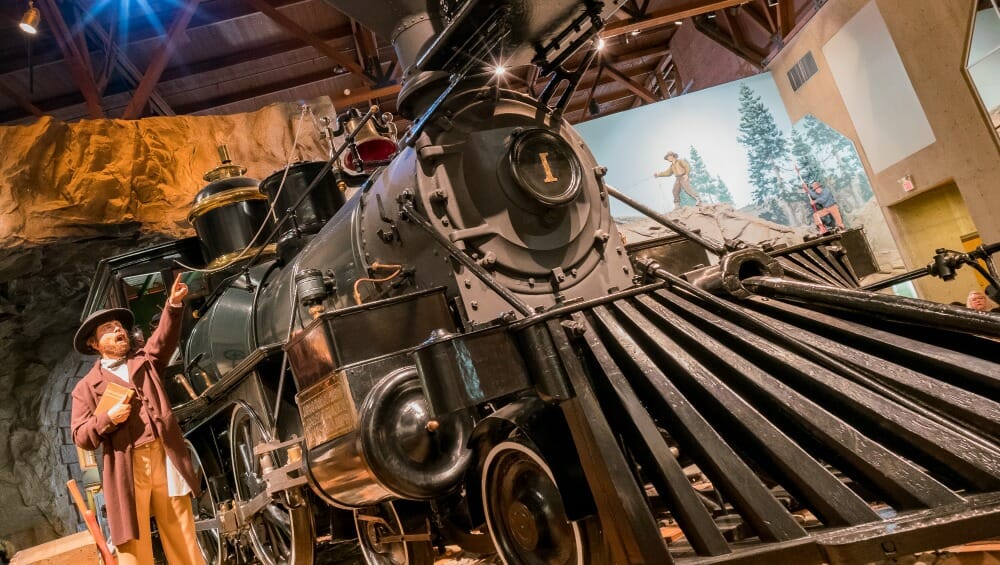 The Galveston Railroad Museum was founded in 1972 and is dedicated to preserving the history of the railroad in Texas.

The museum houses a collection of over 20 locomotives and train cars, as well as a variety of artefacts related to the railroads of Texas.

There are also several interactive exhibits, such as a mock-up of a 19th-century locomotive cab and a signal box.

The Galveston Railroad Museum is sure to please both kids and adults alike. 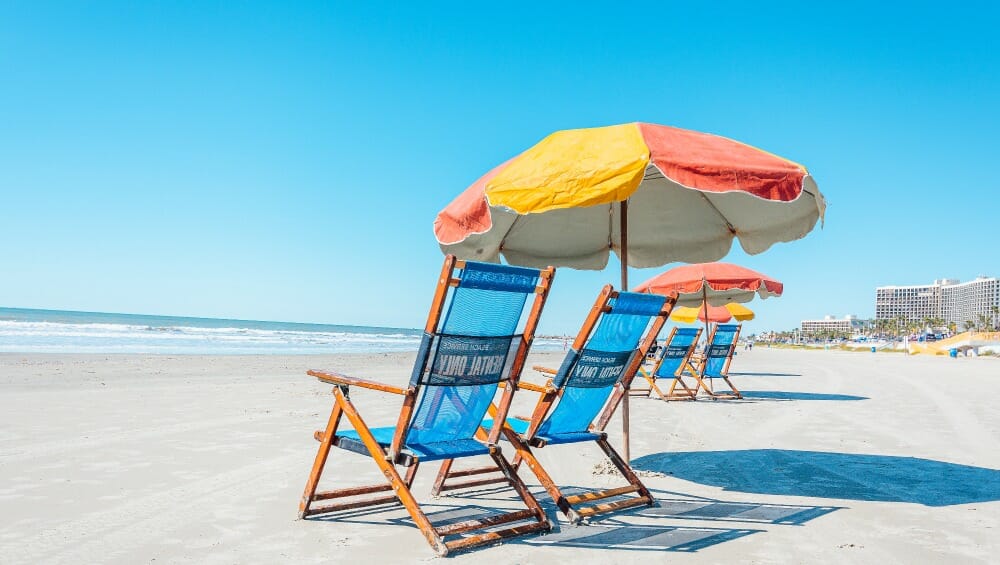 The beach features a wide variety of amenities, including a swimming pool, pavilion, showers, and restrooms.

There is also a concession stand where you can purchase food and drinks.

Stewart Beach is the perfect place to relax and enjoy the beautiful weather of Galveston. 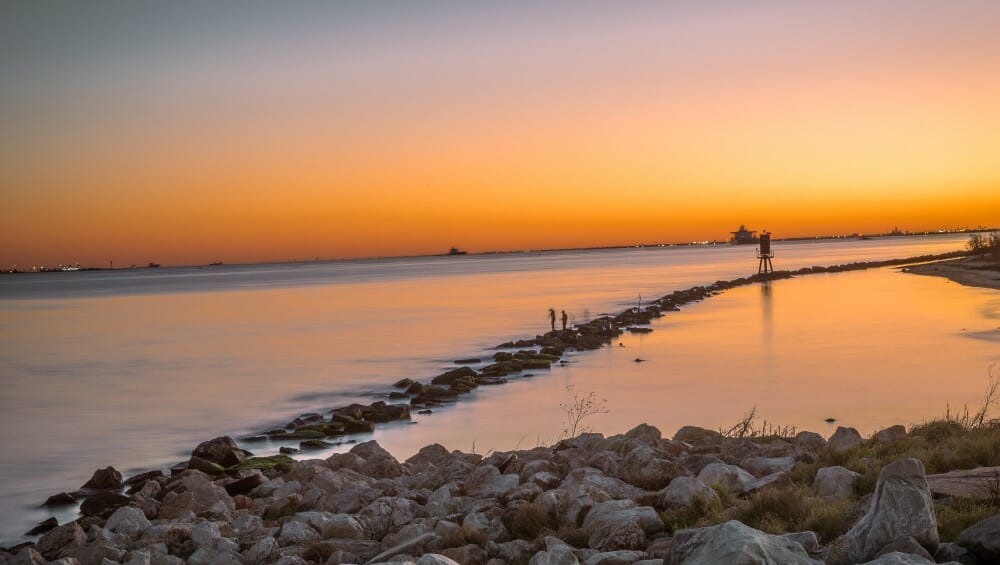 The park features a variety of trails that wind through the marshy environment.

There is also an observation deck where you can view the lagoon and its wildlife.

The park is a great place to birdwatch or just enjoy the peaceful surroundings. 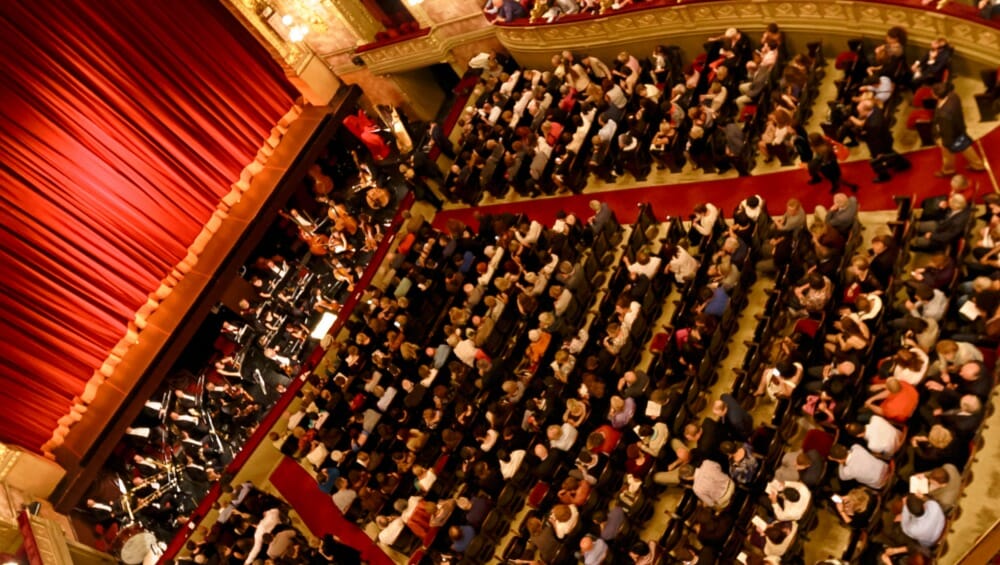 The opera house was built in 1894 and is one of the few surviving examples of Victorian-era architecture in the United States.

The opera house has been restored and now serves as a venue for a variety of events, including musicals, plays, and lectures.

If you’re interested in the history of Galveston or just want to see a beautiful piece of architecture, the Grand 1894 Opera House is definitely worth a visit. 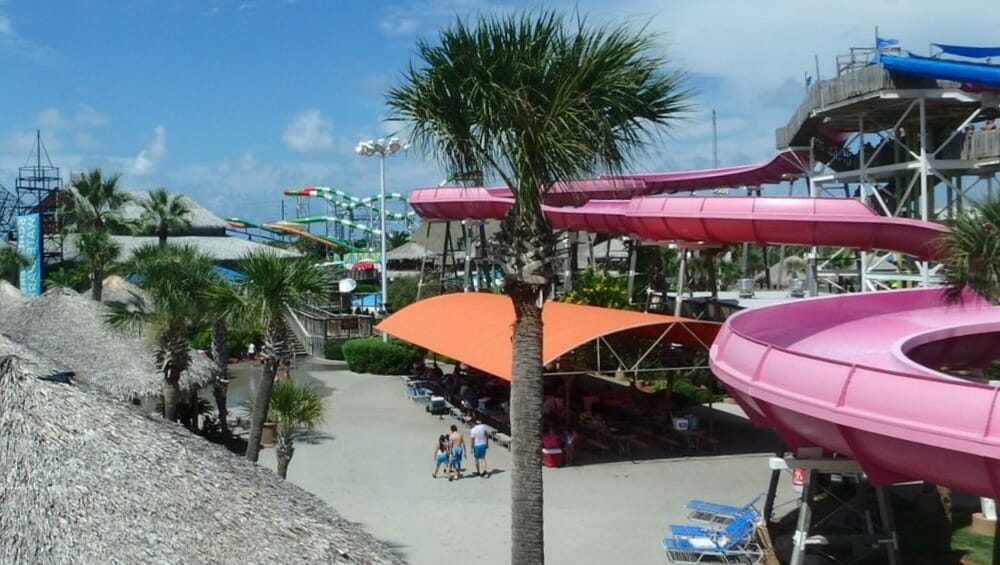 The waterpark features a variety of slides, pools, and other attractions.

There is also a lazy river where you can float and relax.

If you’re looking for a fun day of sun and water, Schlitterbahn Galveston Island Waterpark is the place to be. 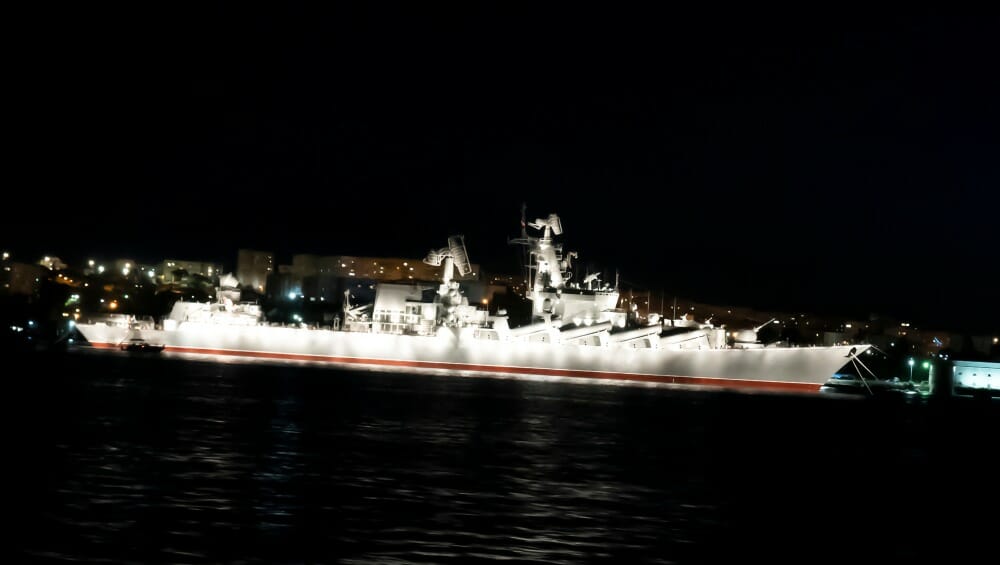 Located at historic Pier 22 in the Galveston harbor, the museum showcases the legacy of maritime commerce and immigration.

The Texas Seaport Museum is a museum dedicated to the history of the port of Galveston and the many people who have come through its doors.

The museum houses a collection of artefacts, photographs, and documents related to the history of the port.

This vast museum explains every facet of life around Galveston’s port during its heyday in the 19th century.

Outside, clamber aboard to tour the tall ship Elissa, a beautiful 1877 Scottish three-masted barque that is still seaworthy.

If you’re interested in the history of immigration or the port of Galveston, the Texas Seaport Museum is definitely worth a visit.

Where is the East End District in Galveston, Texas?

The area is roughly bounded by Broadway to the south and Market St to the north.

The East End became the island’s first locally designated historic district in 1971 and is also listed as a National Historic Landmark District by the National Register of Historic Places.

Is the Galveston Bay Area a good place to visit?

The Galveston Bay Area is home to some of the best attractions Texas has to offer, including Moody Gardens, Schlitterbahn Waterpark, the Kemah Boardwalk, and miles of sun-kissed beaches along the Bolivar Peninsula and Galveston Island.

Is Galveston Texas good for families?

Galveston Texas is one of the top vacation destinations for families with kids in Texas, and for good reason.

From the beaches, the food, and the attractions, with activities for all ages all year round, there are plenty of fun things to do in Galveston with kids.

What is the best time of year to visit Galveston?

The best time to visit Galveston is October to November or March to April when the weather is warm, but not sweltering.