Indianapolis, the state capital of Indiana, is a vibrant and diverse city with plenty to offer visitors.

From its rich history and culture to its exciting nightlife and array of attractions, there is something for everyone in Indianapolis.

Art lovers can take in the art collections at the Indianapolis Museum of Art. History buffs can head to Monument Circle or the Indiana Medical History Museum.

And outdoor enthusiasts, will be spoiled for choice by the city’s sprawling urban parks, nature park and nearby forests.

Indianapolis in Indiana is an energetic city that’s bursting with awesome attractions and amazing activities!

Things To Do In Indianapolis 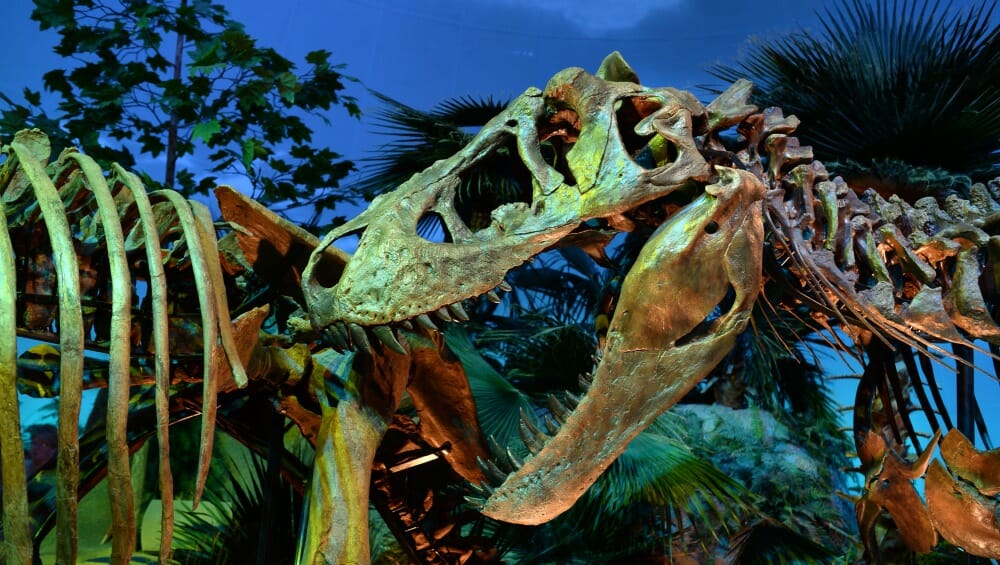 The Children’s Museum of Indianapolis is the world’s largest children’s museum and one of the most popular tourist attractions in Indiana.

It is located on North Meridian Street in downtown Indianapolis, just south of Lucas Oil Stadium.

The museum was founded in 1925 by Mrs. Lillian Frank Guggenheim with the help of her husband, Dr. William E. Gordon.

Mrs. Guggenheim’s goal was to create a place where children could learn through play.

The Children’s Museum of Indianapolis is home to more than 120,000 artefacts and the museum features exhibits covering a wide range of topics.

There is also a theater, an auditorium, classrooms, and a library.

With nearly 473,000 square feet of fun-filled interactive exhibits, there’s no doubt this attraction is a must visit for the whole family. 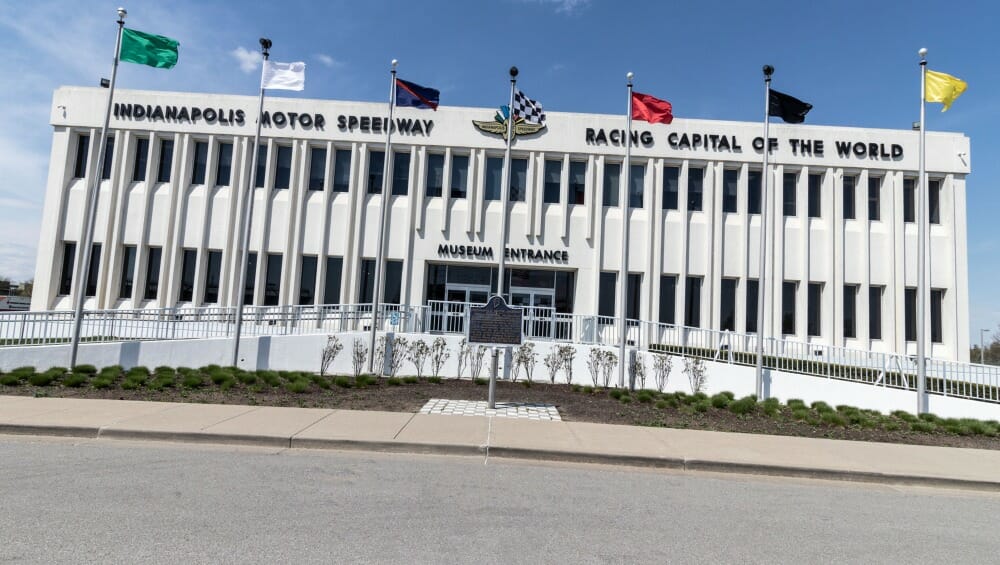 The museum is located on the grounds of the Indianapolis Motor Speedway in Speedway, Indiana, just northwest of downtown Indianapolis.

The museum was designated a National Historic Landmark in 1987, it is the only such site to be affiliated with automotive racing history.

This Indianapolis museum is home to more than 500 artefacts, including race cars, trophies, photographs, and memorabilia.

The museum also has a theater that shows films about auto racing, and an interactive exhibit about the science of speed.

This exciting Museum sits inside the track, and visitors can readily see race cars zooming by if they visit on the right days and times.

Visitors have the choice to see the complex by purchasing race tickets, visiting only the museum or taking the very popular grounds tour.

The Indianapolis Motor Speedway Museum is open every day of the year except Thanksgiving Day and Christmas Day.

One of the must see things to do in Indianapolis, the Motor Speedway Museum is great for families and car lovers alike.

Indianapolis zoo is home to more than 350 species of animals, including lions, tigers, elephants, gorillas, and penguins.

One of the most unique exhibits at this zoo is the International Orangutan Center. It is home to the largest group of orangutans in any American zoo.

The shark touch pool is open year-round at the zoo and is a very popular attraction.

Indianapolis Zoo also has an aquarium, a butterfly exhibit, and a botanical garden included in the admission ticket.

Indianapolis Zoo makes a great day out for the whole family. 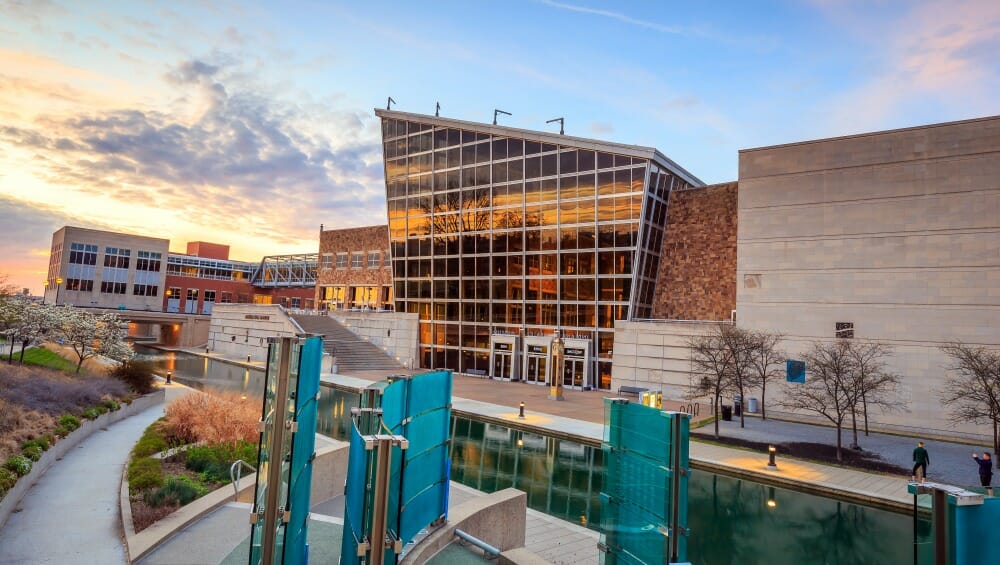 The Indianapolis Museum of Art is one of the United States’ leading art museums, with a collection that includes paintings, sculptures, textiles, photographs, and more.

Founded in 1883, the Indianapolis Museum of Art is located on a 152-acre campus on the near northwest side of Indianapolis.

The museum’s holdings include more than 54,000 works of art from around the world.

In addition to its galleries, the Indianapolis Museum of Art also features a variety of public programs, educational opportunities, and special events.

One of the best things to do in Indianapolis for art lovers. 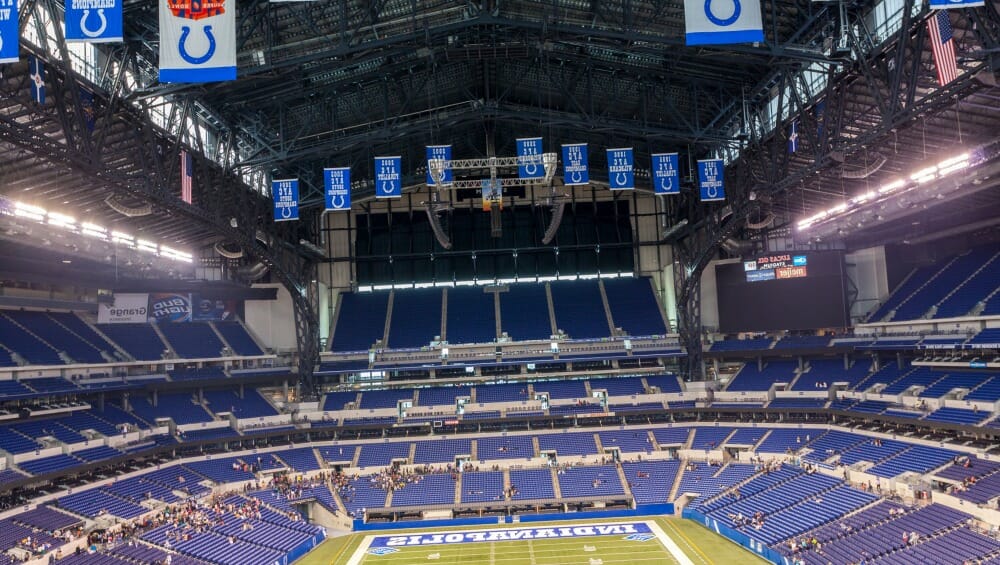 Lucas Oil Stadium is a multi-purpose stadium and is the home of the Indianapolis Colts of the National Football League.

The stadium also hosts a variety of other events, including concerts, conventions, and sporting events.

Lucas Oil Stadium has a retractable roof and a seating capacity of more than 70,000.

It is located in downtown Indianapolis, just southwest of the city’s central business district.

The stadium is named for Lucas Oil Products, an Indiana-based company that is one of the world’s leading manufacturers of automotive lubricants and additives.

The stadium is home to the Colts’ Hall of Fame, which opened in 2008.

Visitors can attend an exciting Indianapolis Colts game or take a tour.

Tours last approximately 75 minutes and include many normally inaccessible areas such as the field, an NFL locker room, press box and numerous other unique areas. 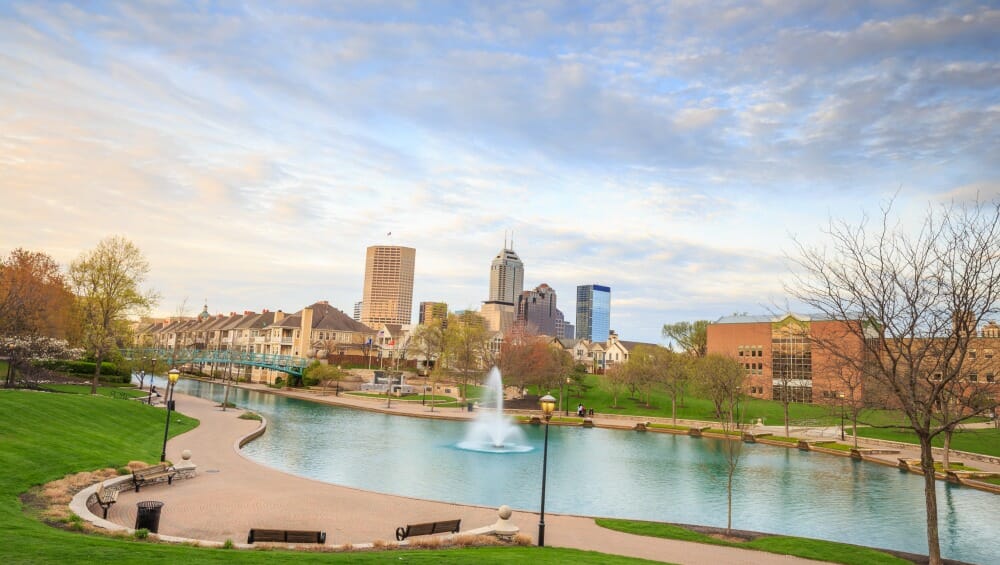 The Central Canal is a man-made waterway located in White River State Park, it runs through downtown Indianapolis.

The canal was built in the early 19th century to provide transportation and water for the city.

Today, the canal is used for recreation and as an urban oasis.

The Central canal is home to a variety of fish, including bass, catfish, and sunfish.

It is also home to ducks, geese, and other birds.

The Canal Walk is part of the Indiana Central Canal and serves as a waterside promenade for walkers, runners, bikers and sightseers.

The canal itself includes a steady stream of pedal boats, which may be rented west of the Indiana State Museum. 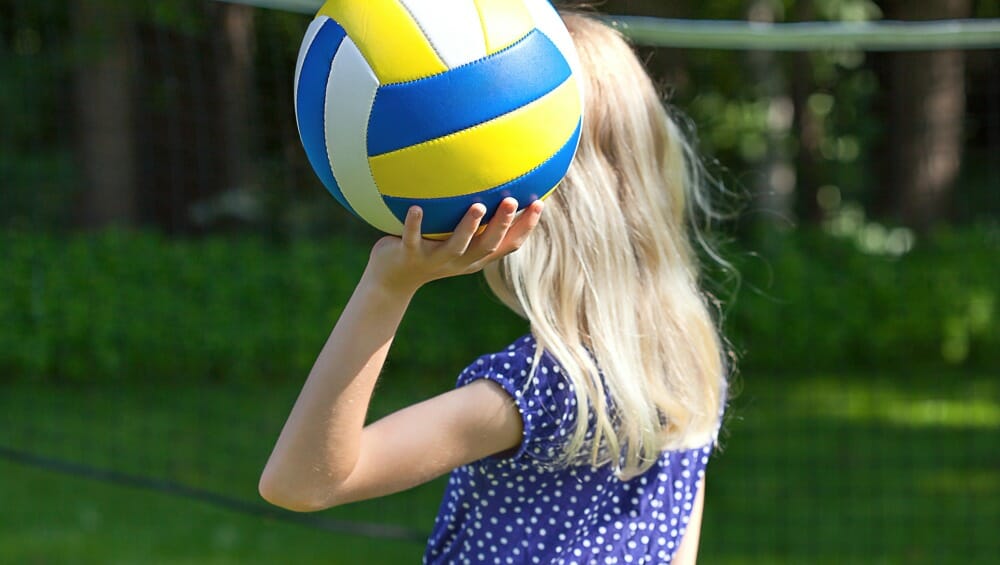 Holliday Park is one of Indianapolis’ oldest existing parks and is a great place to visit all year long.

Located on the city’s north side, this 94-acre park features a 13,000-square-foot Nature Center.

The nature center is located in the middle of the park and is an ideal indoor destination for all ages to learn and explore.

Holliday Park a great place for children of all ages to enjoy, with fun playground facilities for kids and very nice short trails down to the river.

Admission to Holliday Park and the Center is free but some classes and programs have fees. 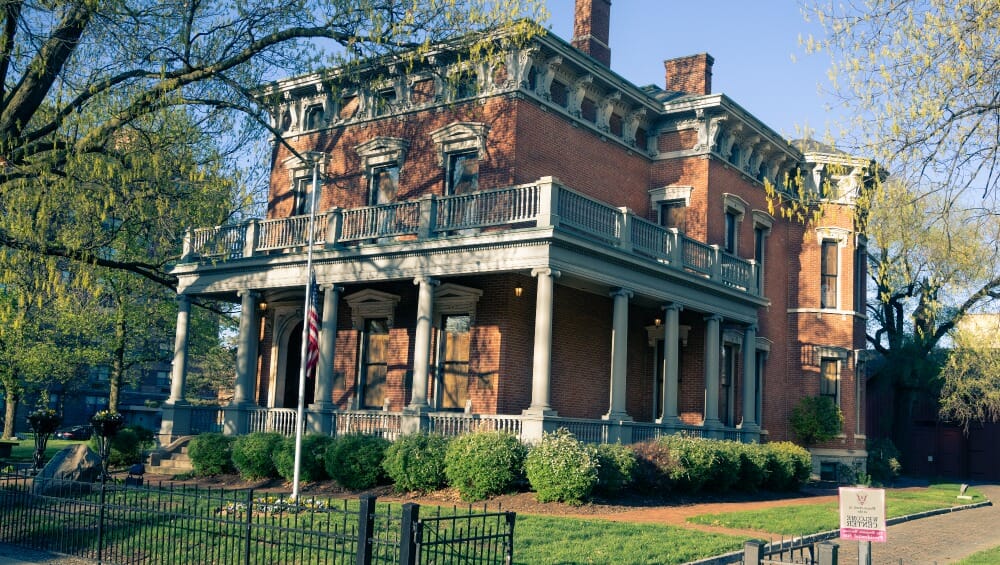 The house is located in downtown Indianapolis, just northwest of the city’s central business district.

The site includes the president’s home, a museum, and a research library.

The house was built in 1874 and is a three-story brick Victorian mansion.

The Benjamin Harrison Home became a National Historic Landmark in 1966.

It is furnished with period furniture and features a variety of artefacts from Harrison’s life and presidency.

The museum contains exhibits on Harrison’s life, his presidential campaign, and his time in office.

One of the best tourist attractions for anyone interested in history. 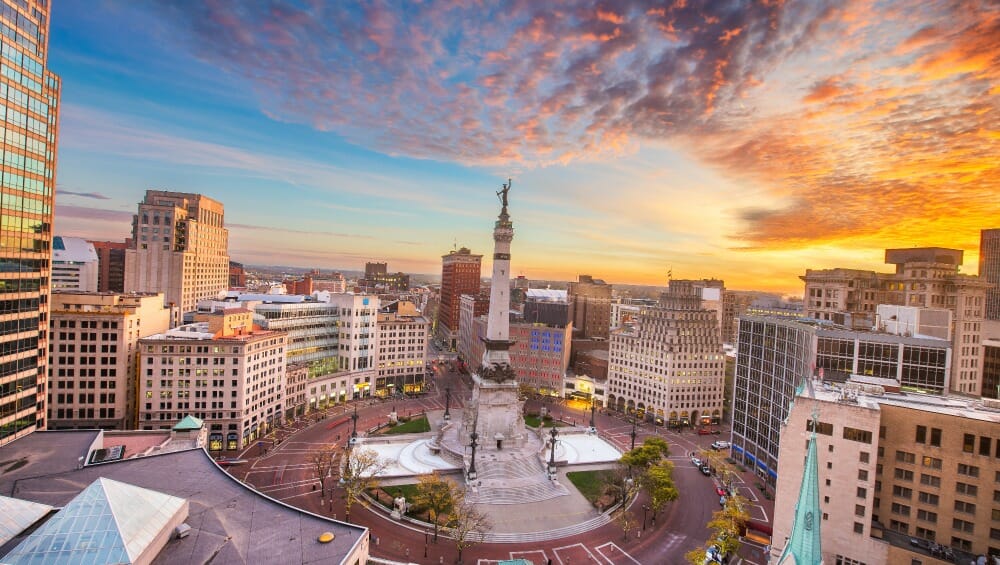 Monument Circle is a traffic circle and plaza located in downtown Indianapolis.

The circle is the center of the city and is the site of the Indiana War Memorial, the Soldiers’ and Sailors’ Monument, and the Statehouse.

The circle is also home to a variety of events and festivals throughout the year.

Monument Circle is a popular gathering place for locals and visitors alike.

In the summer, the circle is home to a farmers’ market, and in the winter, it is transformed into an outdoor ice rink. 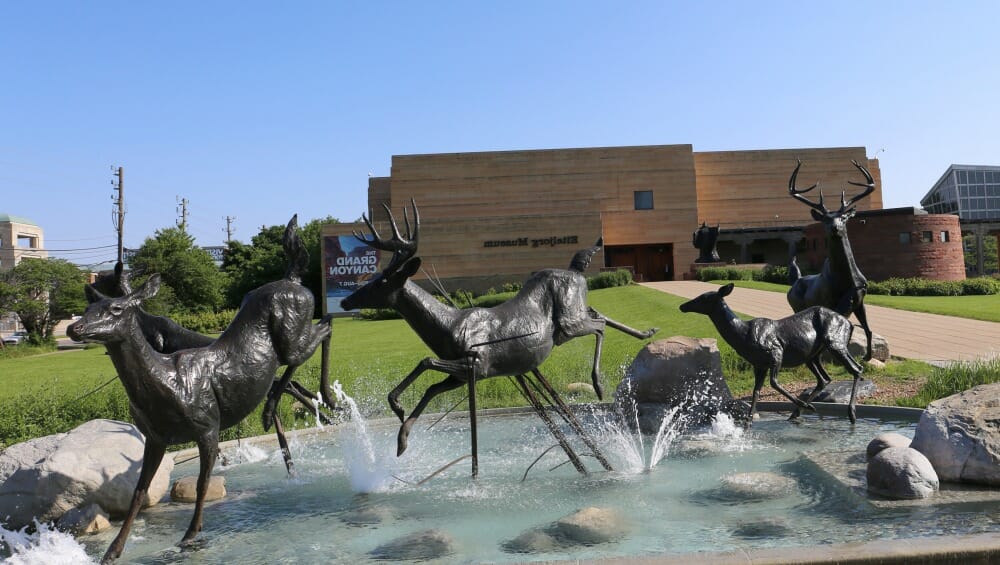 The Eiteljorg Museum is a museum of Native American art, Western art and culture.

The museum was founded in 1989 and is named for its founder, Harrison Eiteljorg.

The Eiteljorg Museum houses a collection of more than 2,000 objects, including paintings, sculptures, pottery, and jewellery.

The museum also has a library with more than 10,000 books and documents related to Native American and Western art, history and culture. 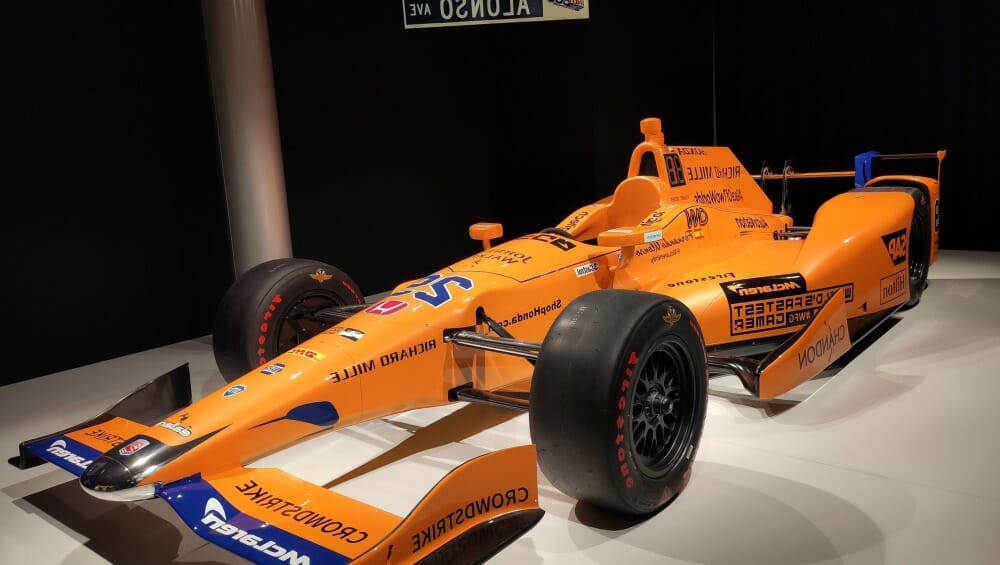 The museum is located in just northwest of the city’s central business district.

It houses a collection of more than 100 cars that have competed in the Indianapolis 500, as well as artefacts, photographs, and memorabilia related to the race.

The Indy 500 Museum is open to the public year-round and also offers a variety of educational programs and events. 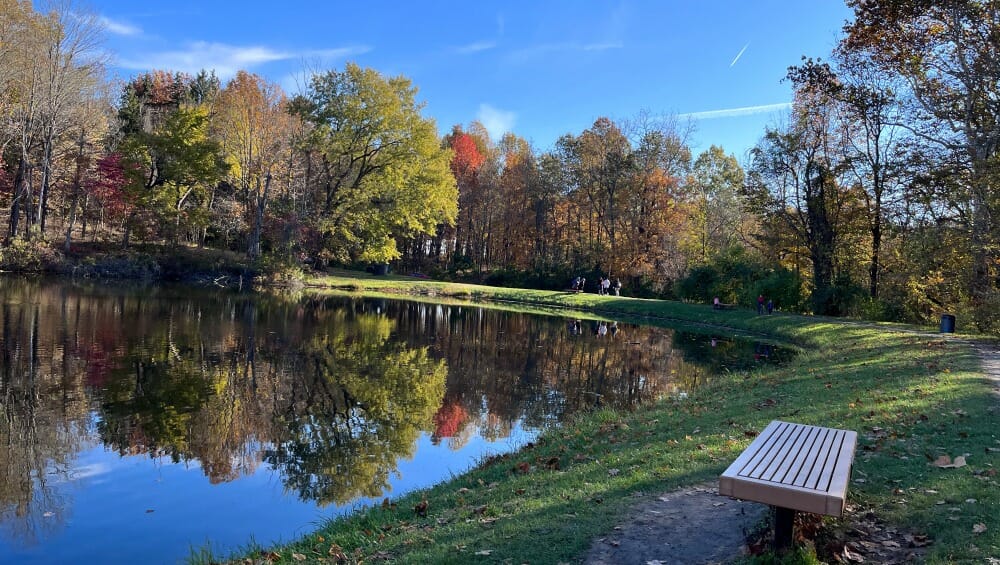 Eagle Creek Park is a public park situated on 3,900 acres of land and is the largest park in the city.

The Park consists of woods, meadows and ponds, and Eagle Creek reservoir — a great resource for both wildlife and recreation.

Eagle Creek Park features a variety of amenities, including a golf course, an outdoor amphitheatre, hiking trails, and a beach.

The park also has a marina with boat rentals available.

Eagle Creek Park is open year-round and offers a variety of events and programs for the community. 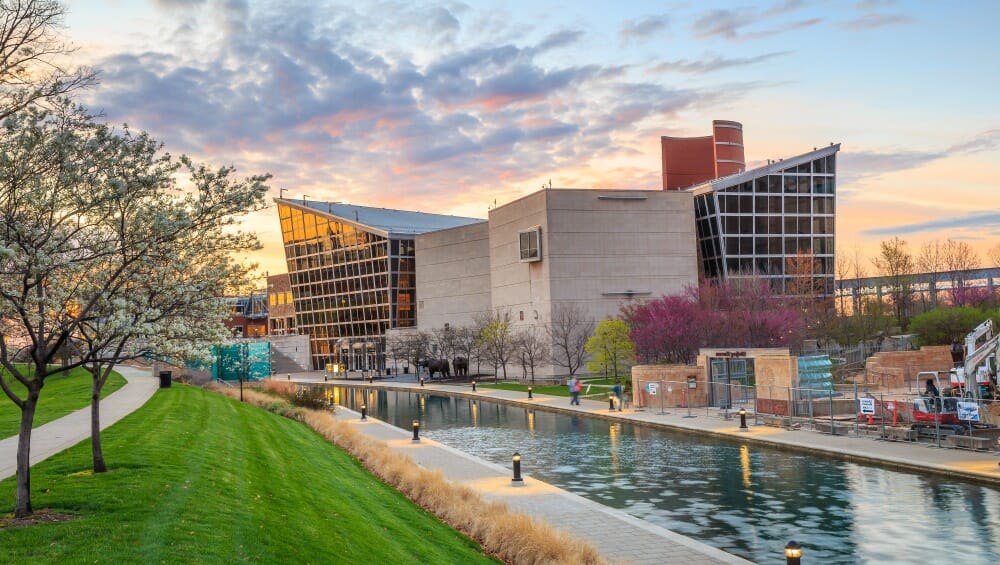 The Indiana State Museum is a museum located within White River State Park in Indianapolis.

The Museum houses a collection of more than 500,000 objects, including paintings, sculptures, photographs, and artefacts relating to Indianapolis history.

The Indiana State museum also has a library with more than 50,000 books and documents related to Indiana history and culture.

The Indiana State Museum is open to the public year-round and offers a variety of educational programs and events. 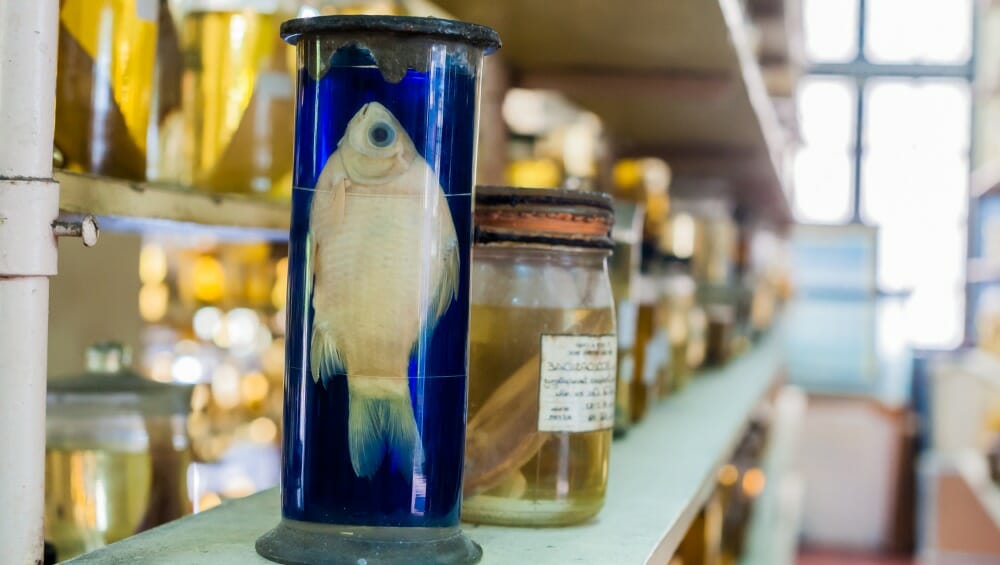 The Indiana Medical History Museum is a museum dedicated to the history of medicine and health care.

The museum is located just east of the city’s central business district.

The museum houses a collection of more than 60,000 objects, including medical instruments, equipment, and documents.

The Indiana Medical History Museum is open to the public year-round and offers a variety of educational programs and events. 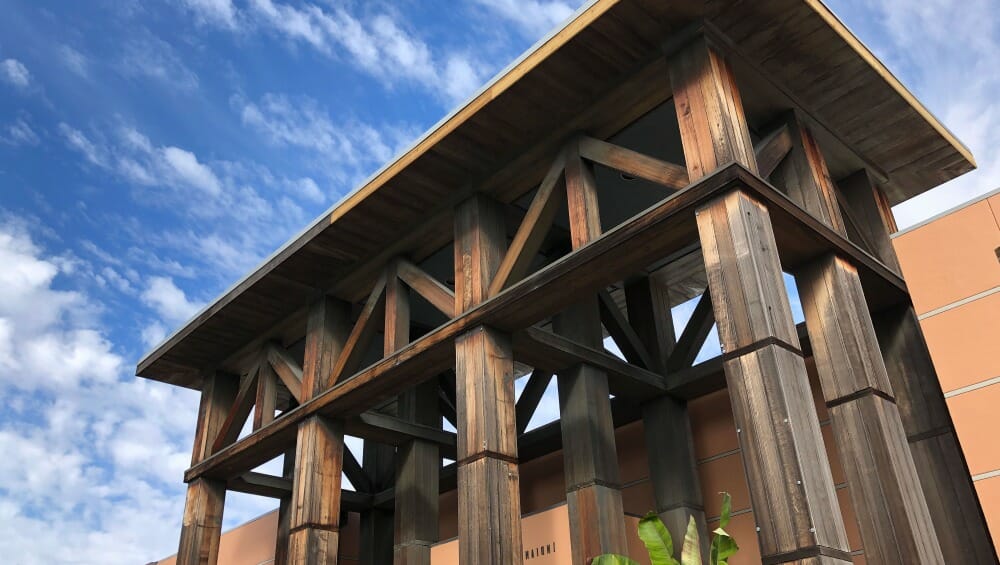 The Indianapolis Art Center is a non-profit organization that offers a variety of art classes, workshops, and events for the community.

The Center also has an art gallery with rotating exhibitions.

In addition, the Indianapolis Art Center offers a variety of educational programs for both children and adults.

The Indianapolis Art Center is located in the Broad Ripple Village neighborhood on the north side of Indianapolis. 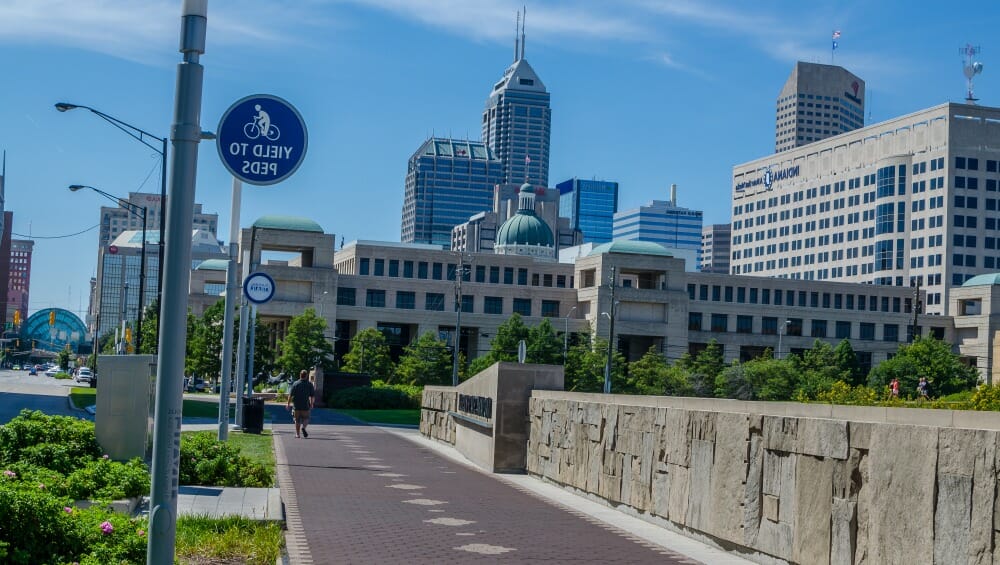 The Indianapolis Cultural Trail is an 8-mile pedestrian and bicycle path that connects the city’s neighborhoods, cultural districts, and entertainment venues.

The trail features a variety of public art installations and is lined with trees and benches.

The Indianapolis Cultural Trail is open to the public year-round and is free to use.

Is there anything interesting in Indianapolis?

Some of the most interesting attractions are Monument Circle, The Indianapolis Motor Speedway Museum, Indianapolis Cultural Trail, The Children’s Museum of Indianapolis, Central Canal and Lucas Oil Stadium.

Is Indianapolis safe for tourists?

Overall, Indianapolis is a relatively safe city to visit.

Is Indianapolis a walkable city?

Indianapolis is an extremely walkable city, making it easy to take in the sights by foot or bike.

The most walkable Indianapolis neighborhoods are Downtown, Fountain Square and Broad Ripple.

What is the Rhythm Discovery Center in Indianapolis?

The Rhythm Discovery Center is a unique and exceptionally kid-friendly museum located in the heart of Indianapolis.

The Discovery Center is the world’s foremost drum and percussion museum, providing interactive programs and experiences.

What is Fountain Square Indianapolis known for?

The Fountain Square area began to benefit from concentrated reinvestment in the late 1990s.

When was the Indiana Repertory Theatre built?

Since the Indiana Repertory Theatre was founded in 1972, it has grown into one of the leading regional theatres in the country, as well as one of the top-flight cultural institutions in the city and state.

What is Lilly House and Gardens, Indianapolis?

Lilly House and Gardens is a National Historic landmark and an exemplary example of a 20th century country estste.

Lilly House and Gardens is nestled in the grounds of the Indianapolis Museum of Art.