New Orleans is a city located in the southeastern United States.

The city was founded by French colonists in 1718 and was named after the Duke of Orleans, who was the Regent of France at the time.

New Orleans is well known for its distinct French and Spanish Creole architecture, as well as its cross-cultural and multilingual heritage.

The city is also famous for its food, music, and festivals, which are all major aspects of its culture.

Things To Do In New Orleans 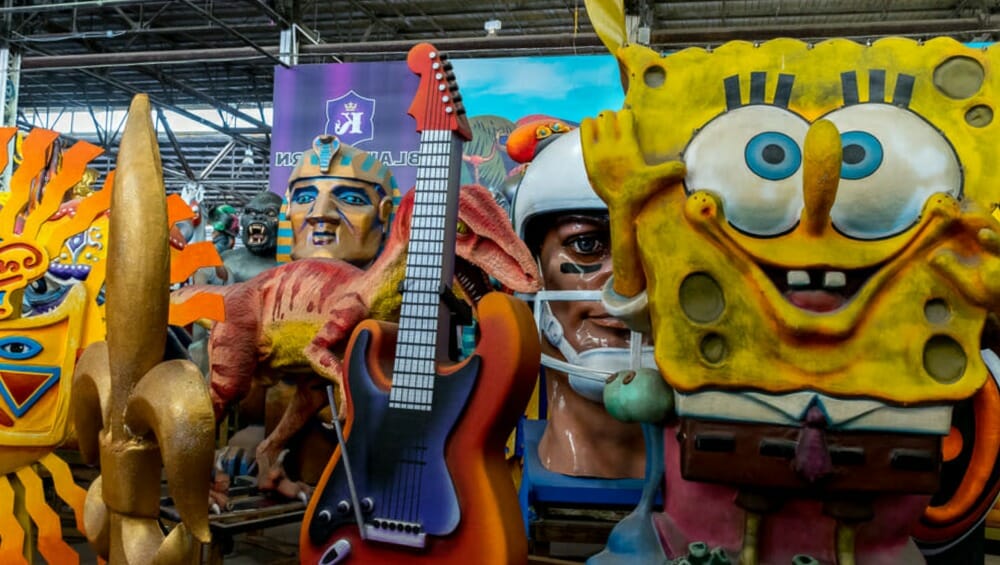 Mardi Gras World gives guests a tour of the 300,000 square foot huge warehouse where floats are made for Mardi Gras parades in New Orleans.

This is a great behind-the-scenes look at New Orleans Mardi Gras.

It gives visitors an all-access opportunity that winds through the massive studio, where artists and architects build Mardi Gras floats from the ground up.

The tour also covers the history of this unique and festive Mardi Gras tradition.

This New Orleans tour is an experience you’ll want to document so there are hundreds of photo opportunities throughout the tour.

Mardi Gras World is located along the Mississippi River, next to the New Orleans Morial Convention Center.

A free shuttle is provided with ticket purchase and provides pickups from Canal Street. 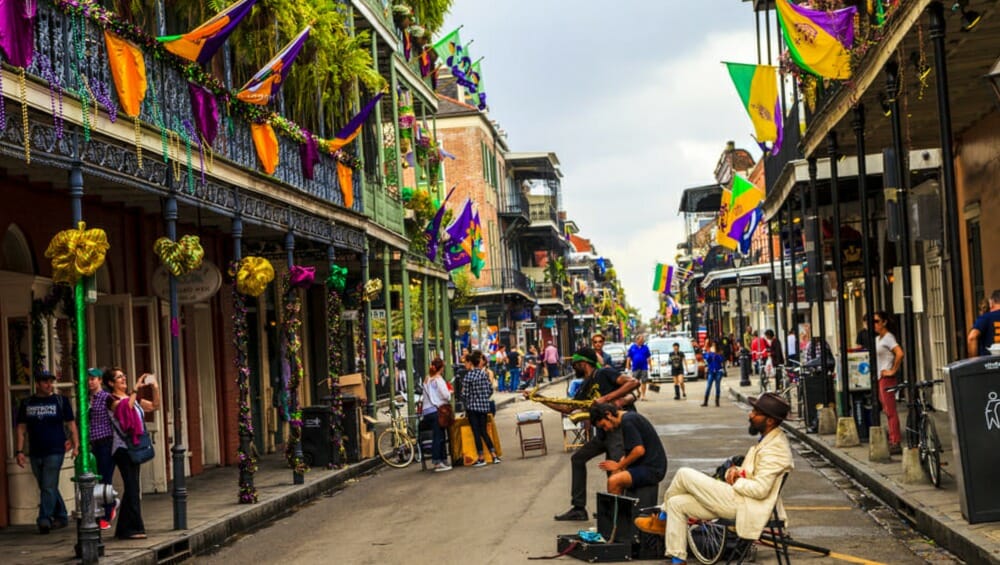 The French Quarter, also known as the Vieux Carre, is the oldest neighborhood in New Orleans.

Founded in 1718 by French settlers, it is a vibrant and historic district with architecture that reflects its multicultural heritage.

The French Quarter is home to many of the city’s most popular attractions, including Bourbon Street, Jackson Square, and the St. Louis Cathedral. It is also a great place to enjoy live music, delicious food, and the unique culture of New Orleans.

Bourbon Street is the most famous street in the French Quarter and for good reason. This historic street is lined with bars, clubs, and restaurants that offer a taste of New Orleans nightlife.

For those who want to experience the more traditional side of the city, Jackson Square is a must-visit. This beautiful square is surrounded by historic buildings and home to the iconic St. Louis Cathedral.

If you’re looking for some of the best food in the city, the French Quarter is the place to be. From traditional creole cuisine to fresh seafood, there are endless options to choose from. And of course, no visit to the Quarter is complete without enjoying a Hurricane or two. 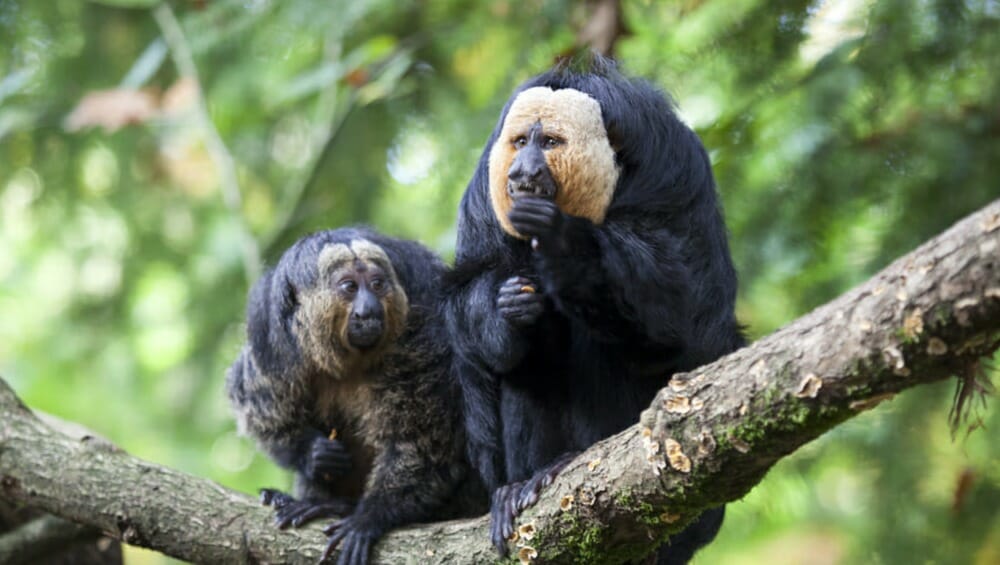 Audubon Zoo originally opened in 1910 and has been operated by the Audubon Nature Institute since 1974.

The zoo covers 58 acres and is home to more than 2,000 animals representing over 400 species.

The zoo’s mission is to conserve and restore natural ecosystems, focusing on threatened and endangered species.

The Audubon Zoo is perhaps best known for its impressive collection of reptiles and amphibians.

The zoo houses more than 60 species of reptiles and amphibians, including alligators, crocodiles, snakes, lizards, and turtles.

The reptile collection is particularly diverse, with representatives from all major families of reptiles.

In addition to its diverse reptile collection, the Audubon Zoo is also home to a number of threatened and endangered species, including the Chinese alligator, the American alligator, the Cuban crocodile, and the Orinoco crocodile. 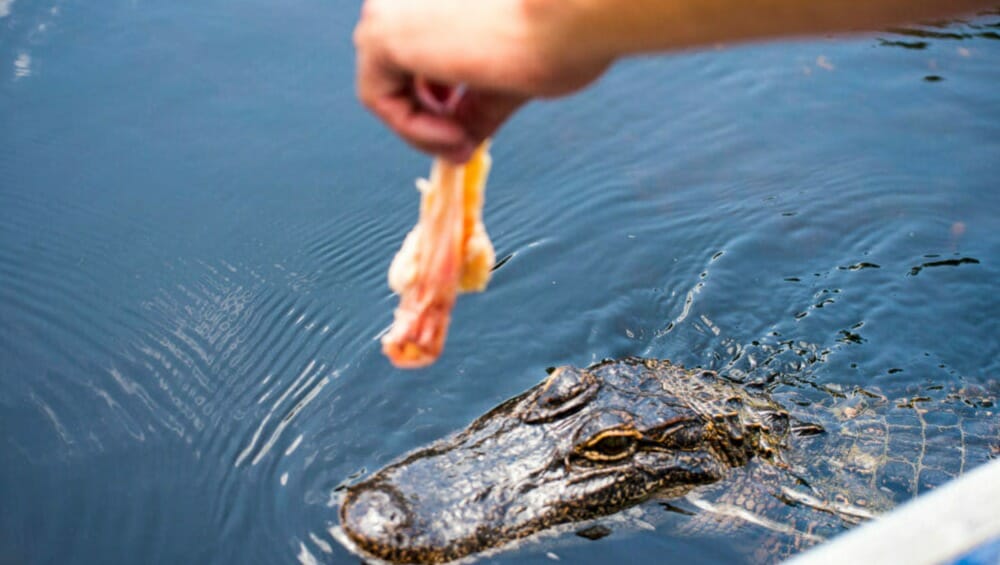 Taking a Swamp tour is a great experience when visiting New Orleans.

There are different ways to take your swamp tour but by far the most popular is by airboat.

A New Orleans Swamp Tour offers guests a thrilling and educational visit to the wild swamps and bayous that meander through the miles of Louisiana swamp coastline.

Get to see abundant wildlife such as alligators, over 200 species of birds, wild pigs, raccoons, turtles, exotic plant life, and so much more!

Learn about the history of the marshlands and their inhabitants.

Most tours are easily booked online and last 1-2 hours for a standard swamp tour, some companies offer round-trip transportation from the French Quarter. 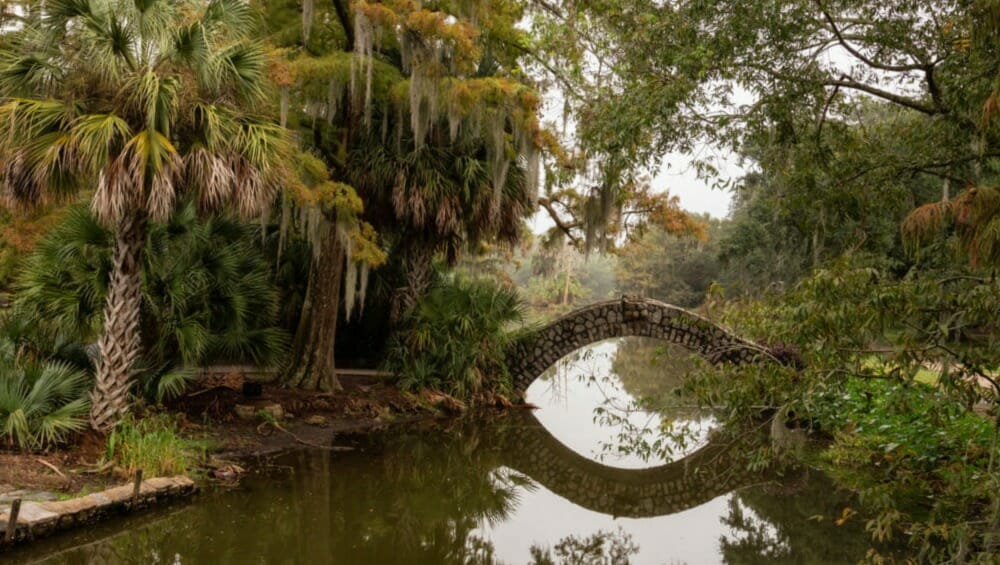 City Park is a large urban park located in the center of Denver.

It is one of the largest parks in the United States and one of the most popular tourist destinations in Denver.

The park covers an area of over two hundred acres, and features a variety of attractions, including a lake, a playground, a zoo, and a museum.

City Park is also home to a number of events and activities, such as concerts, festivals, and sporting events. 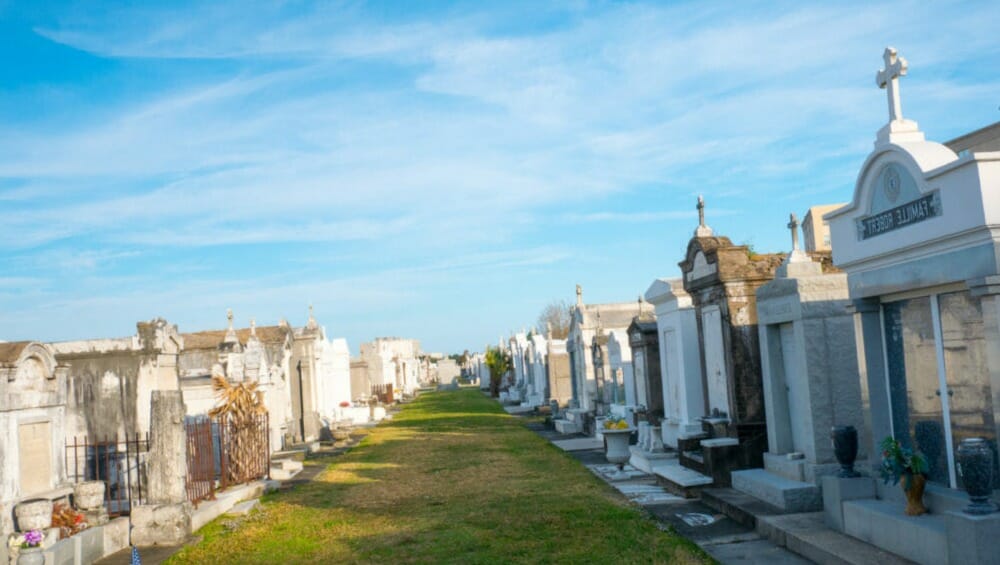 St. Louis Cemetery is the name of three different cemeteries in New Orleans.

The most famous of these is the St. Louis Cemetery No. 1, which is located in the city’s French Quarter.

The cemetery was established in 1789 by the Spanish government as a burial ground for people of European descent. The earliest recorded burial in the cemetery took place in 1789, and there are an estimated 7,000 burials in the cemetery today.

The cemetery is best known for its above-ground tombs, which were built due to the high water table in New Orleans. Many of the tombs are decorated with elaborate carvings and sculptures, and some even have mausoleums that are open to the public.

The cemetery is also home to the Tomb of the Unknown Soldier, which honors those who died in the Battle of New Orleans during the War of 1812.

The St. Louis Cemetery No. 2 is located in the city’s Tremé neighborhood, and it was established in 1823. The cemetery is the final resting place for many famous New Orleans residents, including jazz musicians Louis Armstrong and Sidney Bechet.

The St. Louis Cemetery No. 3 is located in the Ninth Ward of New Orleans, and it was established in 1854. The cemetery is the final resting place for many Katrina victims, as well as some of the city’s most famous residents, including voodoo queen Marie Laveau. 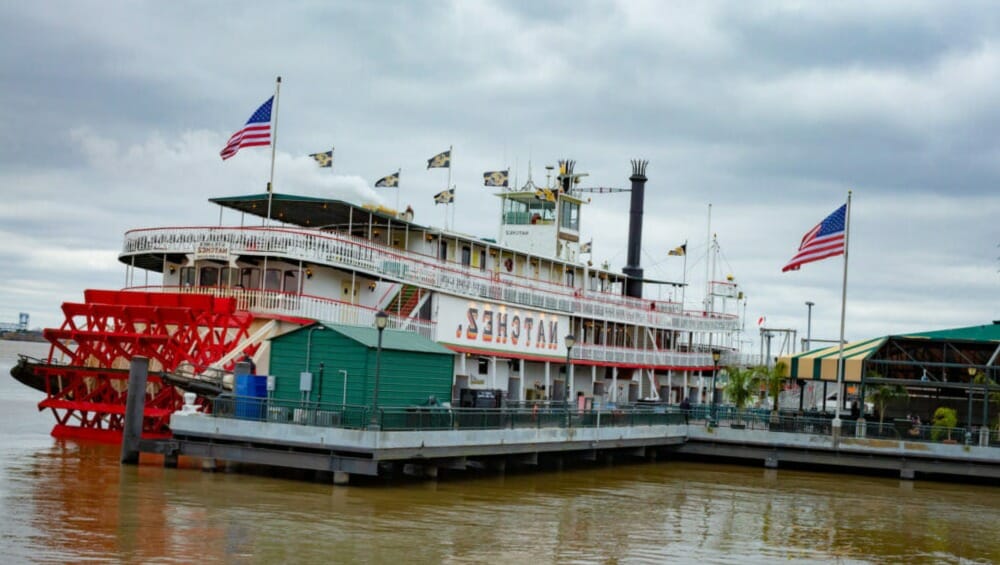 The Steamboat Natchez is owned by The New Orleans Steamboat Company and is one of the last authentic Steamboats on the Mississippi River.

The Steamboat Natchez is a well-loved and well-established tour with daily harbor cruises, as well as dinner and Sunday brunch cruises.

The Steamboat Natchez departs from Toulouse Street Wharf behind Jax Brewery in the heart of the French Quarter.

Tickets can be bought from the walk-up booth along the Mississippi river or can easily be purchased online. 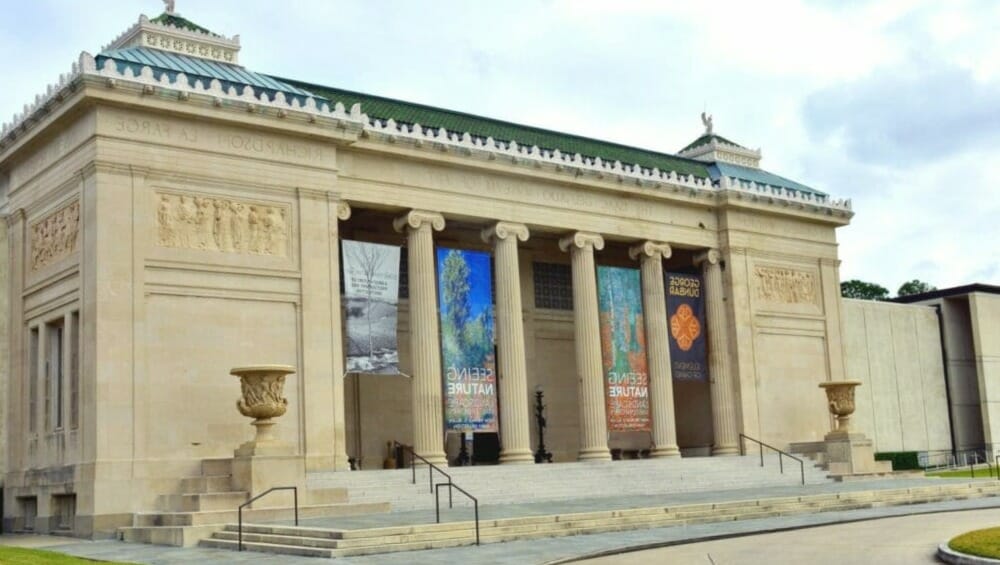 The New Orleans Museum of Art is located in the city’s historic French Quarter, the museum houses a collection of more than 30,000 works of art spanning 5,000 years of history.

The museum’s collection is particularly strong in French and American art from the 19th and 20th centuries, as well as European and American paintings from the 18th century.

In addition to its extensive permanent collection, the New Orleans Museum of Art also mounts rotating temporary exhibitions drawn from both its own holdings and from other museums around the world.

These exhibitions provide visitors with an opportunity to see a wide variety of art, both familiar and new.

The New Orleans Jazz Museum remembers the evolution of jazz.

Live music can be heard in the French Quarter and Frenchmen Street intersection, where the historic Old U.S. Mint is located.

The New Orleans Jazz Museum is dedicated to the history and creation of jazz in New Orleans.

It hosts performances on the site and a number of annual festivals, including the French Quarter Fest.

This is a relatively small museum and a majority of visitors will spend around 2 hours exploring. 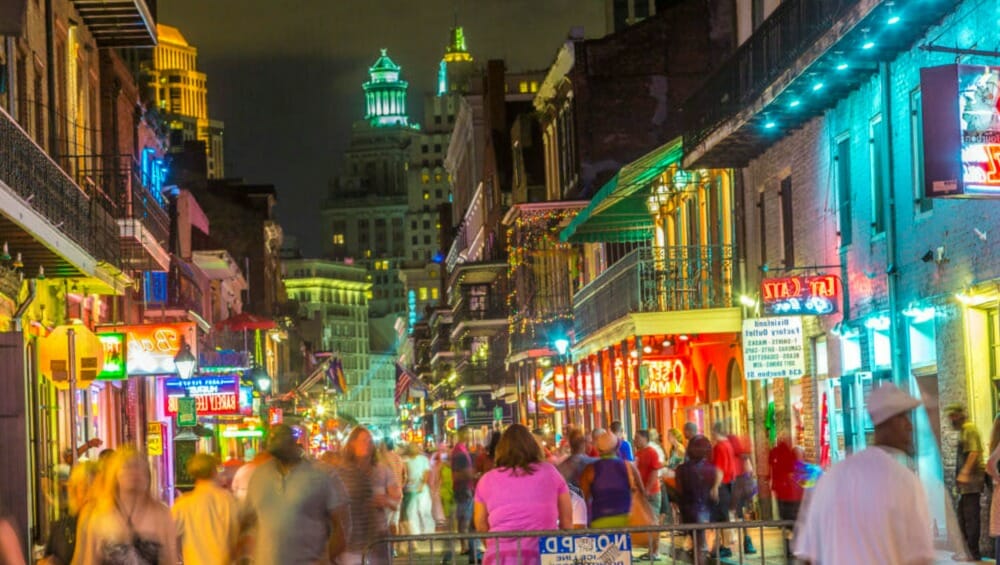 Bourbon Street is one of the most well-known streets in New Orleans and definitely worth a visit.

Located in the French quarter, stop by there at any time of day to find live music, local musicians and other street performers.

There are old style jazz clubs, historic st hotels and with carnival season the partying happens up and down famous Bourbon Street.

Bourbon Street is the heart of New Orleans nightlife with some of the finest nightlife spots in the world.

Brimming with life, Bourbon street is lit by neon lights and you’ll find everything from shopping to music to Cajun food to nightclubs.

11. Louisiana state museum at the Cabildo 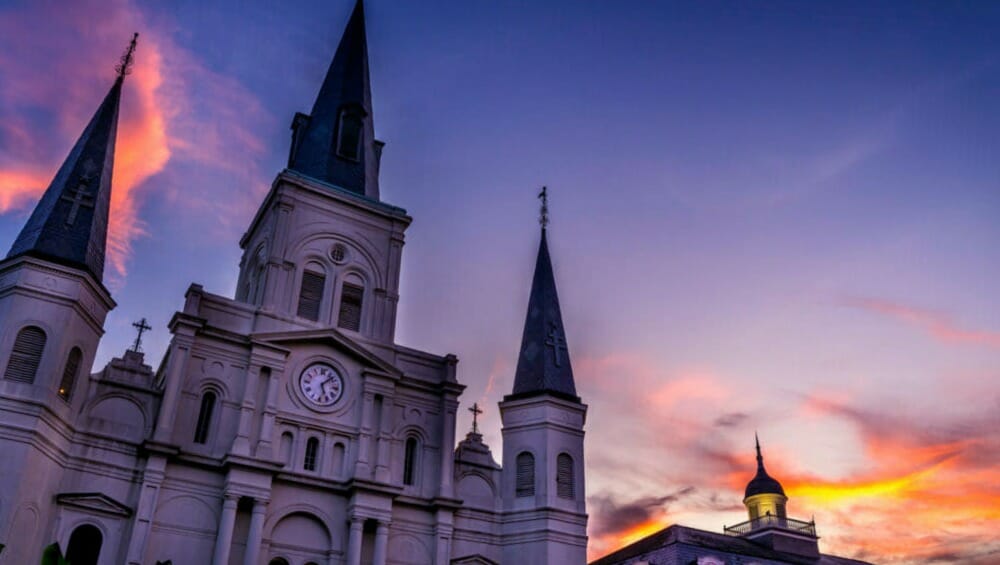 The Louisiana State Museum at the Cabildo is one of the oldest and most significant museums in the United States.

The museum chronicles the history of the state from its early settlement by Native Americans to its present day status as a major tourist destination.

Inside you’ll find it’s home to a wealth of artifacts and exhibits that tell the story of Louisiana’s people, culture, and natural history.

The museum was founded in 1806 by order of the Louisiana Legislature. It was originally housed in the old Spanish fort known as the Cabildo, which served as the seat of government for Spanish Louisiana.

It then remained in the Cabildo until 1912 when it moved to its current location on Chartres Street.

Today, the Louisiana State Museum at the Cabildo is one of the most popular tourist attractions in New Orleans.

12. A visit to Jackson Square 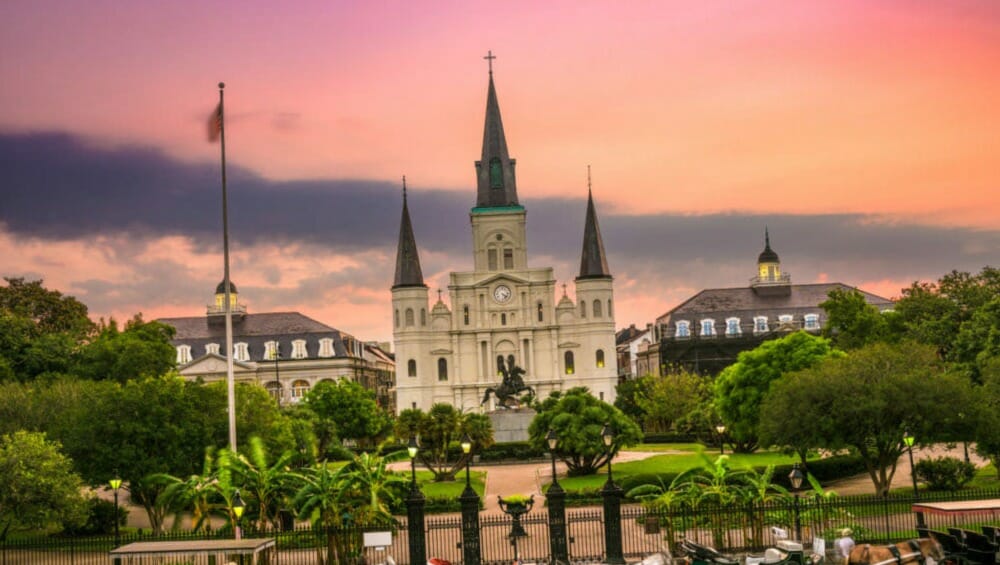 Jackson Square is a public park in the French Quarter.

It is named after General Andrew Jackson, who served as the seventh president of the United States from 1829 to 1837.

The square was designated a National Historic Landmark in 1960.

The park covers an area of 6.5 acres (2.6 ha) and is bounded by St. Peter Street, Chartres Street, Decatur Street, and Canal Street.

The park contains several monuments and statues, including a statue of General Jackson on horseback and a fountain dedicated to the Battle of New Orleans.

The park also contains the St. Louis Cathedral, the oldest cathedral in the United States. 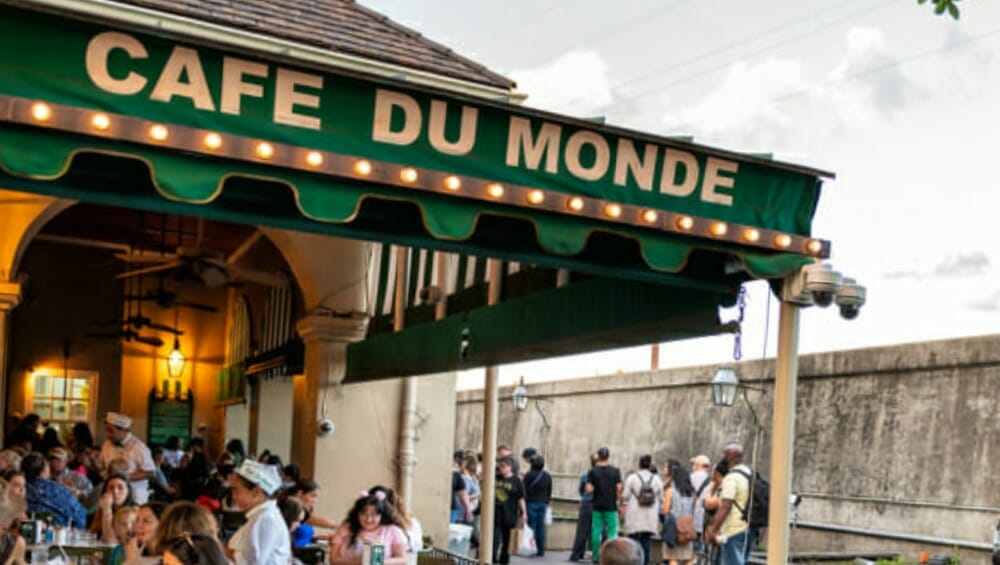 One of the best tourist things to do in New Orleans is a visit to the Cafe du Monde.

The Original Cafe Du Monde Coffee Stand was established in 1862 in the New Orleans French Market and is part of New Orleans history.

The French Market now has seven connected structures, with the Cafe Du Monde at one end and the Farmers and Flea Market sheds at the other.

The Cafe Du Monde is a New Orleans landmark and tourist destination, known for its café au lait and beignets.

The Cafe is open 24 hours a day, seven days a week. 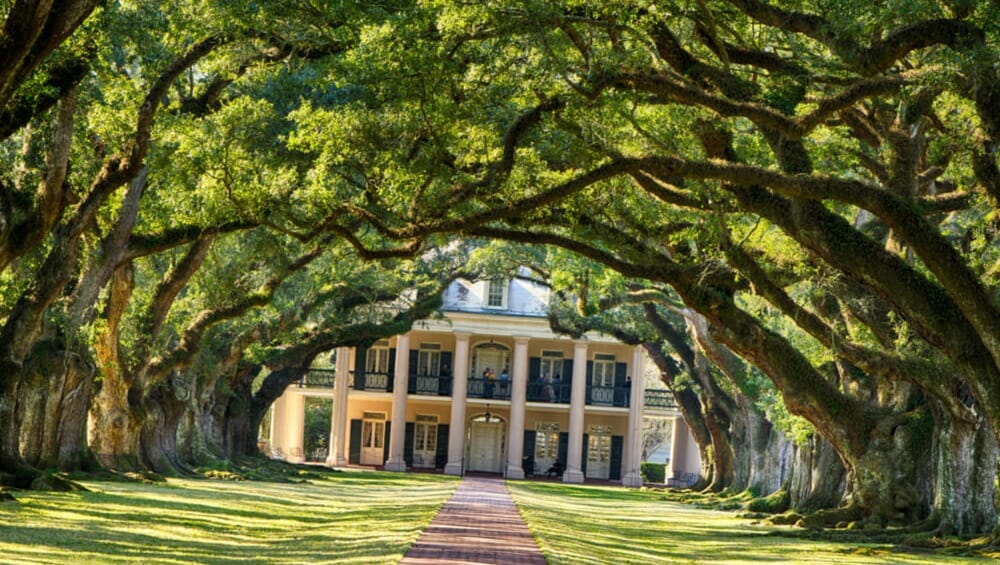 Oak Alley Plantation is a historic plantation located on the west bank of the mighty Mississippi river.

A big part of Louisiana history, it’s situated in Vacherie, Louisiana, less than an hour from New Orleans.

Originally a sugar plantation, it opened to the public in 1976 and today is a national landmark.

The principal part of the plantation is the main mansion and around it there are 28 acres of lush landscape.

The Oak Alley Plantation tells the story of the evolution of the plantation and has many fascinating exhibits, including the Slavery Exhibit, the Sugarcane Theatre and the Blacksmith Shop.

What is the best time to visit during Mardi Gras?

The weekend before Fat Tuesday is the best time to visit New Orleans for Mardi Gras.

This is the time when two of the biggest parades of the Mardi Gras season take place.

Charles Avenue is famous for the St. Charles Streetcar Line.

The district is located in the heart of New Orleans, and its residents take great pride in their community.

What happened to New Orleans during Hurricane Katrina?

Hurricane Katrina claimed over 1,800 lives and caused billions of dollars in damage.

Is New Orleans a haunted city?

New Orleans is often cited as being one of America’s most haunted cities and you can purchase ghost tours.

If you’re a believer in the spirit world or not, there’s something quite eerie about walking through one of the city’s famous cemeteries such as Lafayette cemetery and St Louis cemetery.