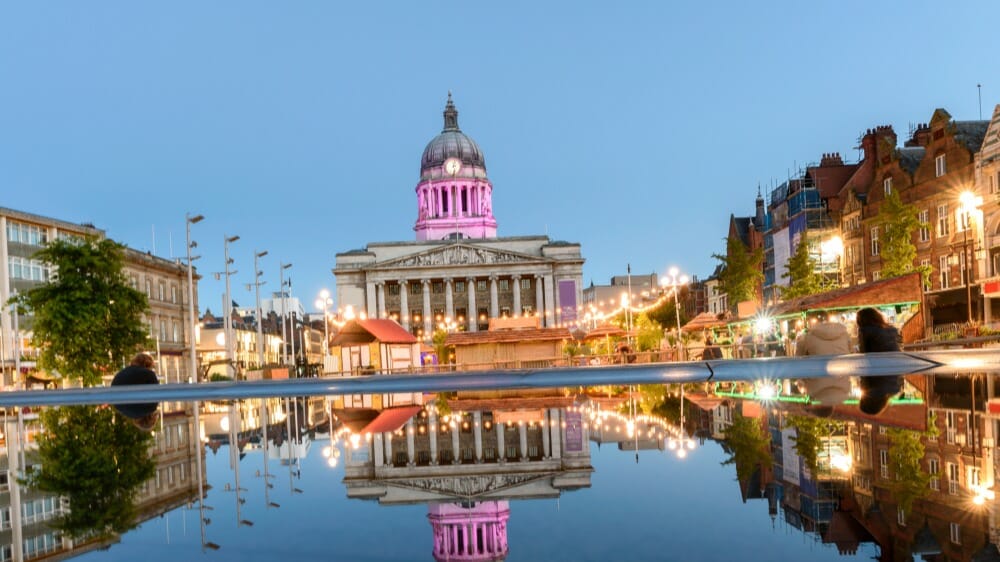 Nottingham is a beautiful city located in the East Midlands.

It’s home to some of the best universities in the world, as well as a thriving cultural scene.

The city has a long and rich history, with Nottingham’s settlement beginning in the 6th century.

Nottingham is famed for it’s Robin Hood legend as well as its lace making heritage and 11th century Nottingham Castle.

Modern day Nottingham is a thriving cultural hub full of historic sites and plenty of things to see and do.

There’s something for everyone in Nottingham, whether you’re looking for a lively nightlife or a more relaxed city break.

Things To Do In Nottingham 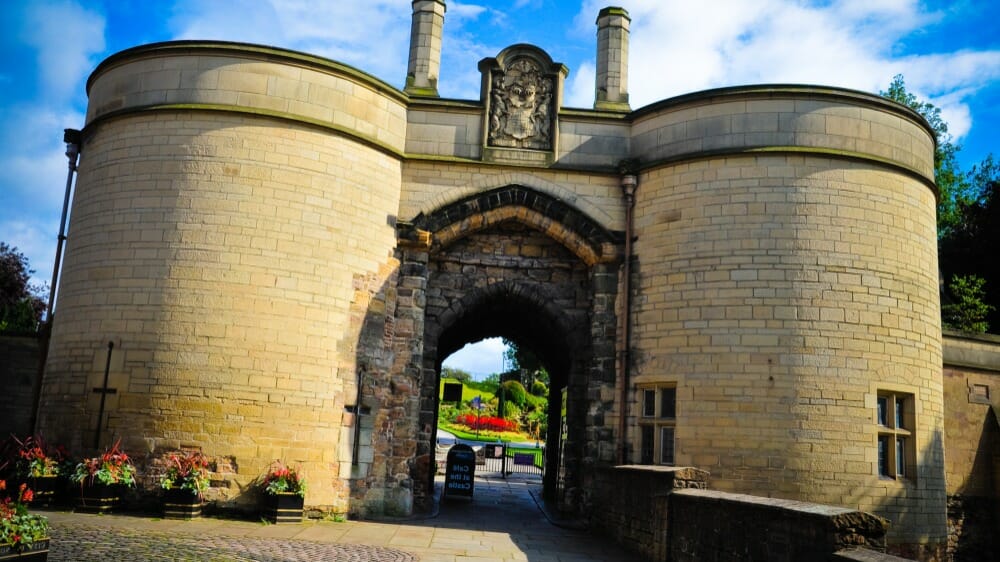 Located in the heart of Nottingham city, Nottingham Castle has been a major landmark in Nottingham for centuries.

The castle sits on a natural promontory overlooking the River Trent, and was originally built in 1068 by William the Conqueror.

In the 12th century, it was rebuilt by King Henry II, and then again in the 14th century by King Richard II.

Today, the castle is one of Nottingham’s top attractions, and is also home to the Nottingham Castle Museum and Art Gallery.

There are a wide range of gallery experiences, tours and activities for visitors, such as exploring the caves beneath the Castle, to firing a virtual longbow.

The castle is open daily and tickets can be purchased online. 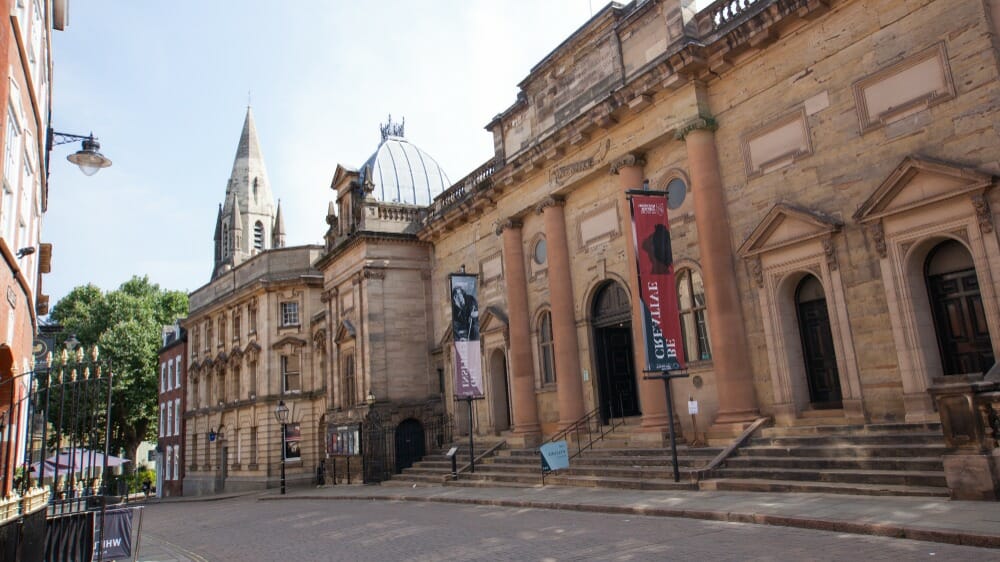 Based in Nottingham’s historic Lace Market area, the National Justice Museum is dedicated to exploring the history of law and justice.

The museum has a wide range of exhibits, including a replica of a medieval courtroom, dungeons and jail cells.

Visitors can meet costumed characters from Nottingham’s history, and take part in a range of fun, interactive activities.

There is also a Robin Hood exhibition suitable for kids of all ages where you can learn all about this famous outlaw.

This museum is great for a visit for the whole family, it is open daily from 10am to 5pm and tickets can be purchased online. 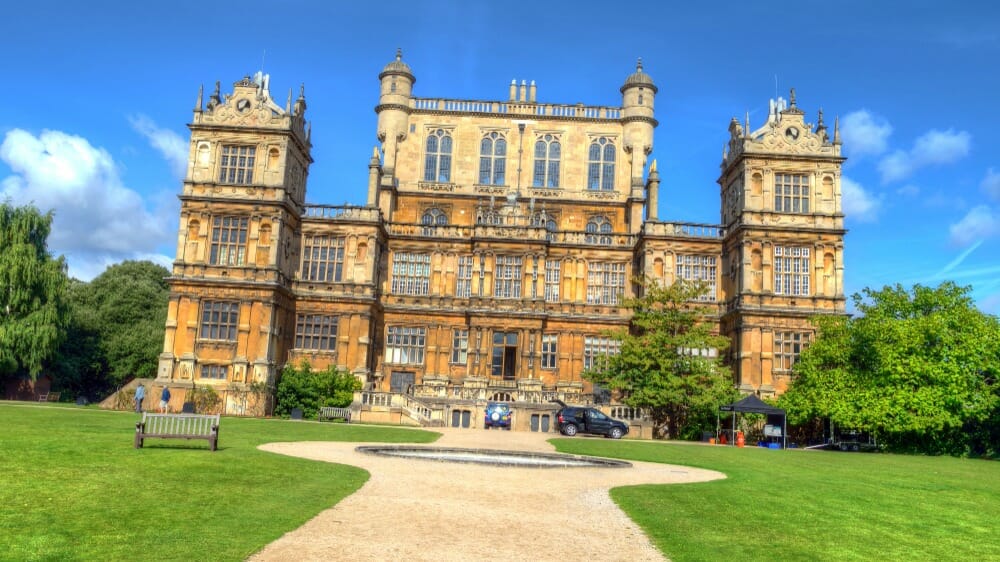 Wollaton Hall is a large Grade I listed, Elizabethan Mansion in Nottingham built in the 1580s.

The hall is now the Nottingham Natural History Museum and is home to a large collection of 750,000 objects.

This fascinating museum also has a surrounding parkland that is landscaped and includes a deer park, lakes, woodland and formal gardens.

The Natural History Museum at Wollaton Hall is free to enter and also has a shop selling souvenirs, gifts, craft items and books. 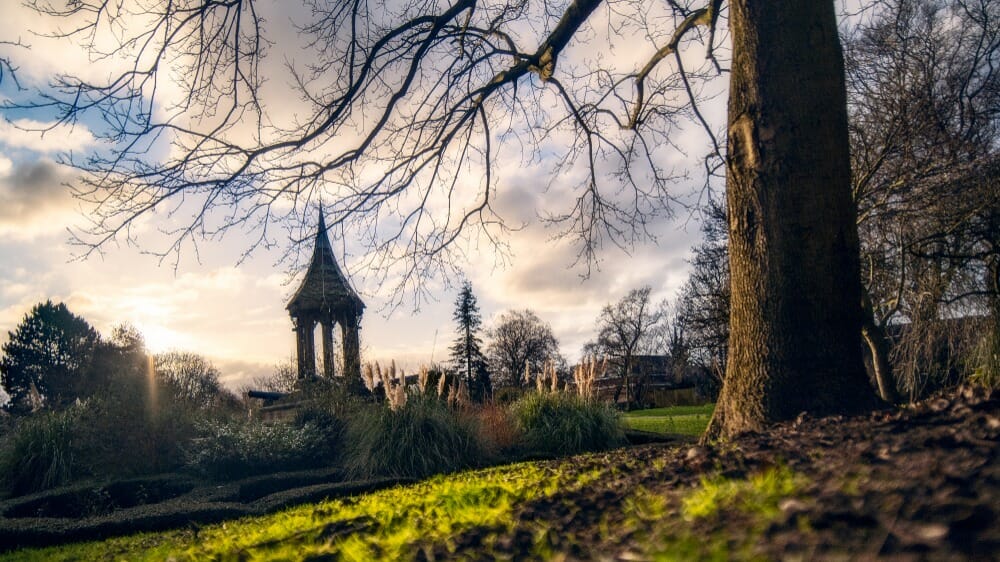 The Arboretum in Nottingham is a must-see for nature lovers and those who appreciate the beauty of trees.

This public park is home to more than 700 different species of trees, making it one of the most diverse collections in the United Kingdom.

The Arboretum also has a rich history, having been founded in 1852 as part of the Victorian Era’s fascination with botany and horticulture.

Today, the park is a popular spot for picnics, walks, and other outdoor activities. 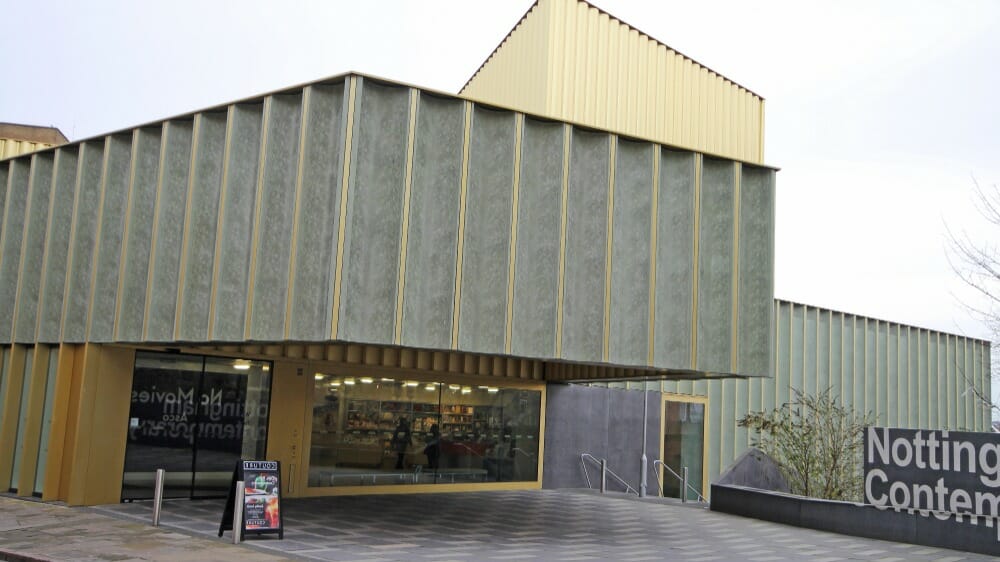 Nottingham Contemporary is one of the UK’s leading contemporary art galleries.

Situated in the heart of Nottingham’s creative quarter, it is within walking distance of a number of other attractions such as the Nottingham Castle, and the Lace Market.

The gallery hosts a range of exhibitions throughout the year, as well as events, workshops, and talks.

Great for any art lovers, the gallery also has a shop and cafe on site.

The Nottingham Contemporary is free to visit and is open Tuesday to Saturday from 10am to 6pm and Sunday 11am to 5pm. 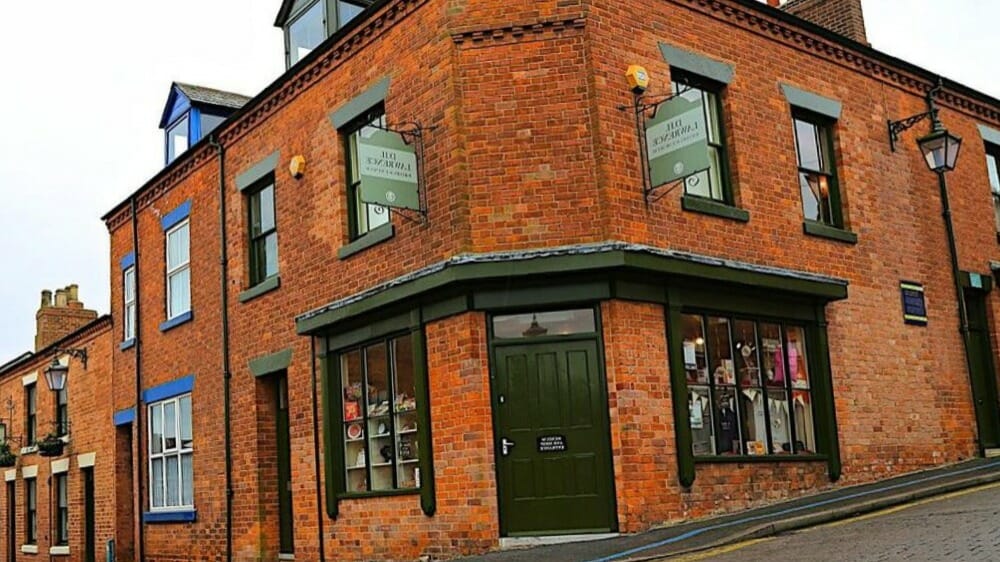 The D.H. Lawrence Birthplace Museum is situated in Eastwood, the ex mining community town in Nottinghamshire.

The museum is dedicated to the life and work of writer D.H. Lawrence, who was born in Eastwood in 1885.

Visitors can see the authentically recreated miner’s cottage, vintage toys and features on Lawrence’s family life and work, as well as a collection of his personal belongings.

You can also learn about the local history of Eastwood and see how it influenced Lawrence’s writing.

This family friendly museum is open Thursdays, Fridays and Saturdays, from 10am till 4pm. 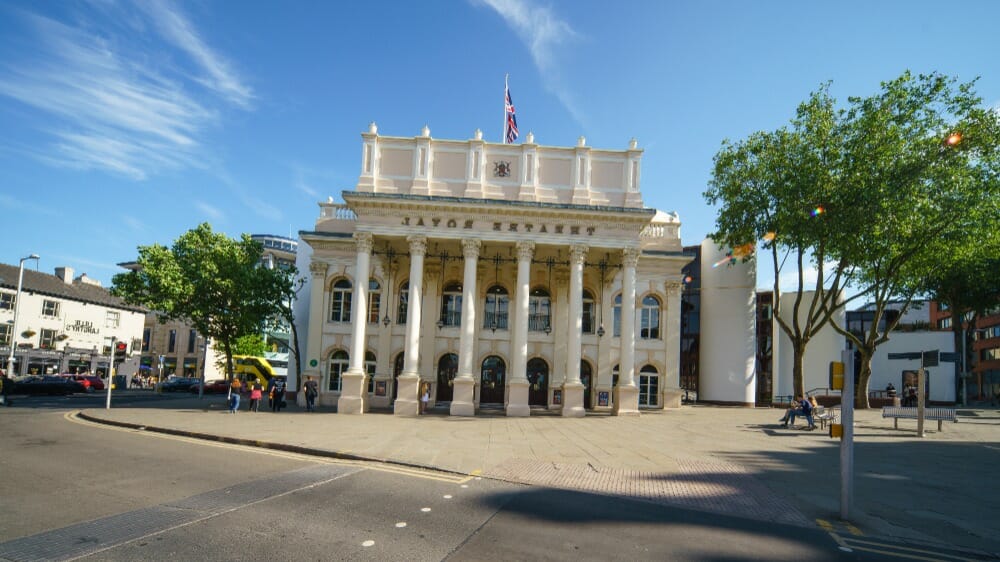 The Theatre Royal and Royal Concert Hall are located in the heart of Nottingham city.

The Theatre Royal is one of the oldest working theatres in the UK, while the Royal Concert Hall is a modern venue that hosts a variety of events and performances.

Both venues offer a range of shows and events throughout the year, including drama, comedy, dance, music, and more.

There are also a number of bars and restaurants nearby, making it the perfect place to spend an evening in Nottingham. 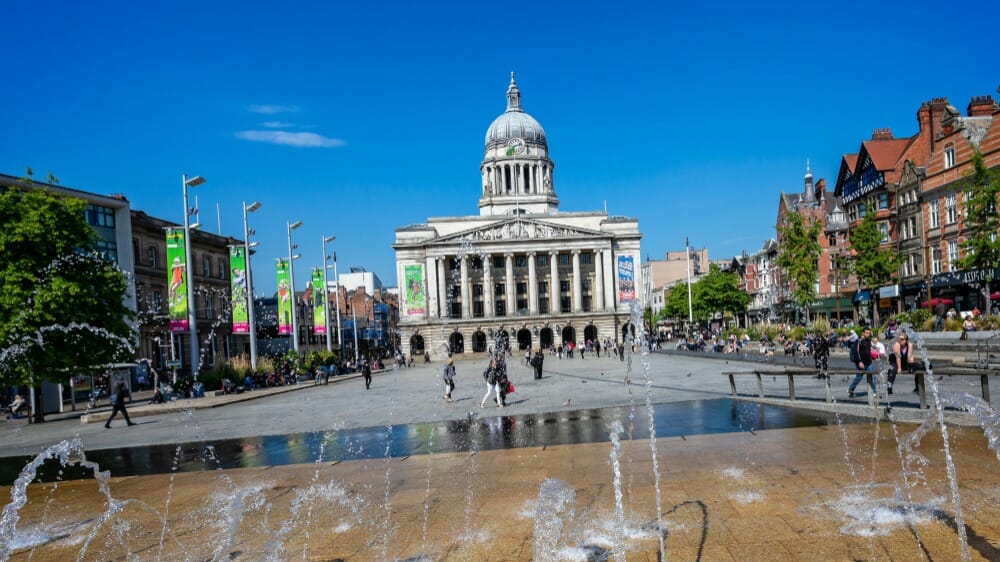 Old Market Square is Nottingham’s main square and the heart of the city centre.

The open, pedestrianised square is home to a number of iconic landmarks, including the Council House.

The square is also a popular meeting place for locals and visitors alike, and plays host to a number of events throughout the year.

Nottingham’s shopping streets spread out in every direction from the square making it very easy to navigate.

Whether you’re looking to enjoy a spot of shopping, taking in the sights or simply people watching, Old Market Square is the perfect place to start your exploration of Nottingham. 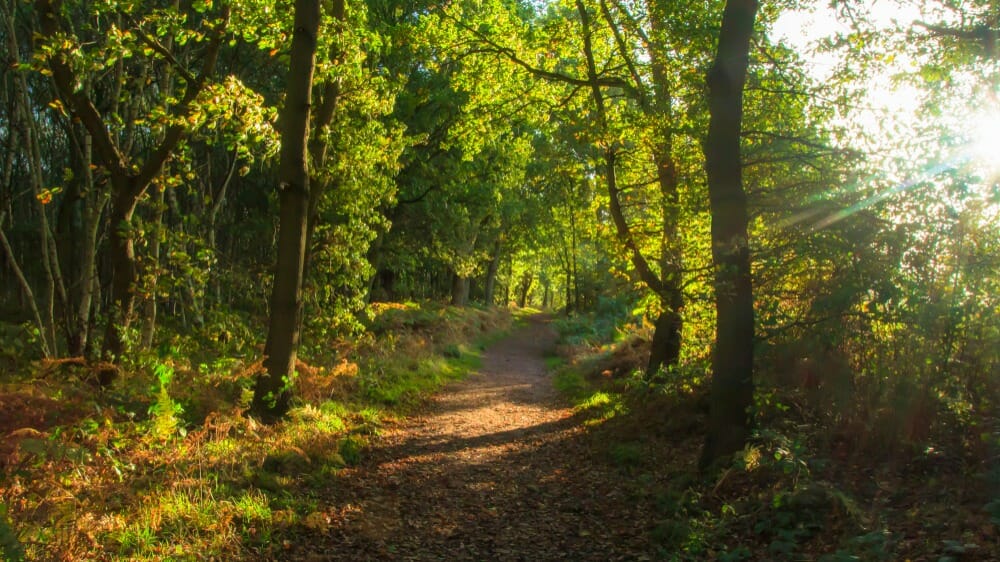 Sherwood Forest is a royal forest in Nottinghamshire, England, famous by its association with the legend of Robin Hood.

The forest today covers an area of about 145 square miles and is home to a wide variety of wildlife, including red deer, roe deer, fallow deer, muntjac deer, and wild boar.

Sherwood Forest also has a rich history dating back to the Anglo-Saxon era, when it was first mentioned in historical records.

In more recent times, Sherwood Forest has been popular with tourists and nature-lovers alike, drawn by its scenic beauty and its association with Robin Hood.

Visitors can start their visit at the Sherwood Forest visitor’s centre where you can find information, trail guides and facilities. 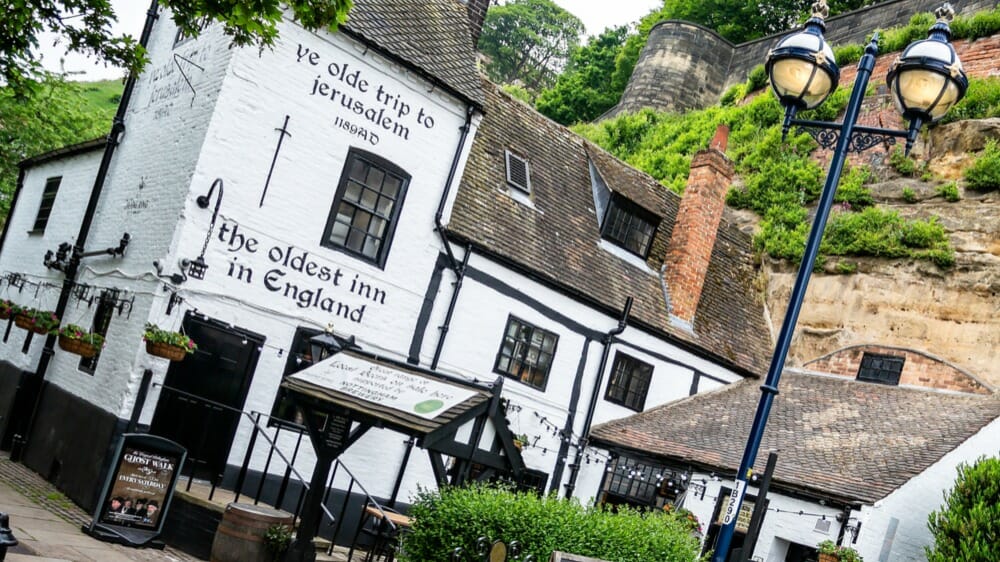 Ye Olde Trip to Jerusalem is found in the heart of the city centre on Brewhouse Yard, off Maid Marian Way.

The pub claims to be the oldest inn in England, dating back to 1189 AD and the building has been Grade I listed since 1970 for its architectural and historical importance.

The pub takes its name from the Crusades of the 12th century, when many Christian knights went on a pilgrimage to Jerusalem.

The current building dates back to the middle ages, although it has been much altered over the centuries.

The pub has been associated with a number of famous people over the years, including Robin Hood, Poet Lord Byron and J.R.R. Tolkien and is also said to be haunted by the ghost of a Crusader knight.

Visitors can take a step back in time when visiting this historic pub. 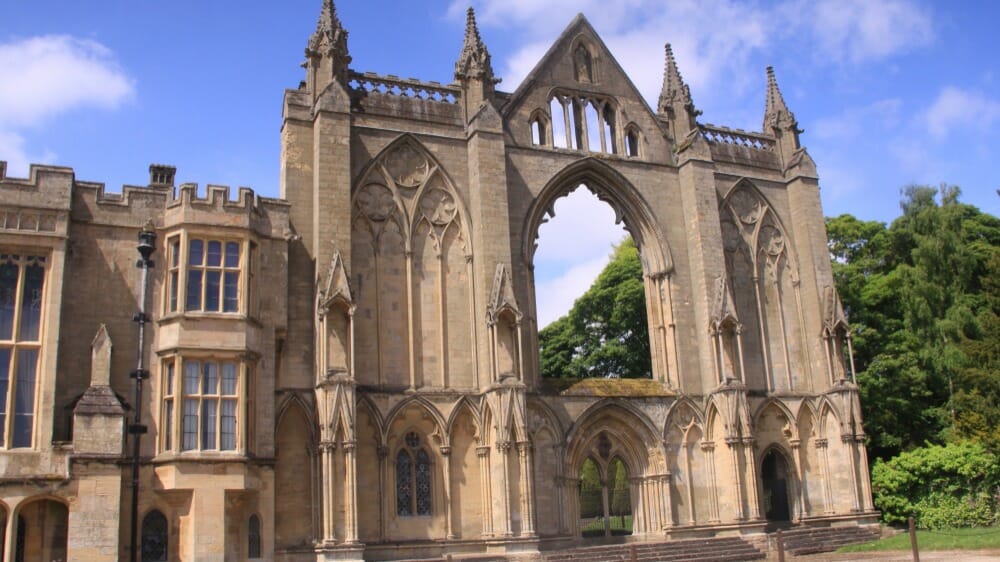 Newstead Abbey is a historic site in Nottingham.

The abbey was founded in the 12th century and was once home to a community of monks.

Today, the abbey is open to the public and is a popular tourist destination.

Visitors can explore the ruins of the monastery, visit the on-site museum, and take part in special events throughout the year.

Tours of the historic house take place at weekends and there are also 1 hour garden walking tours available. 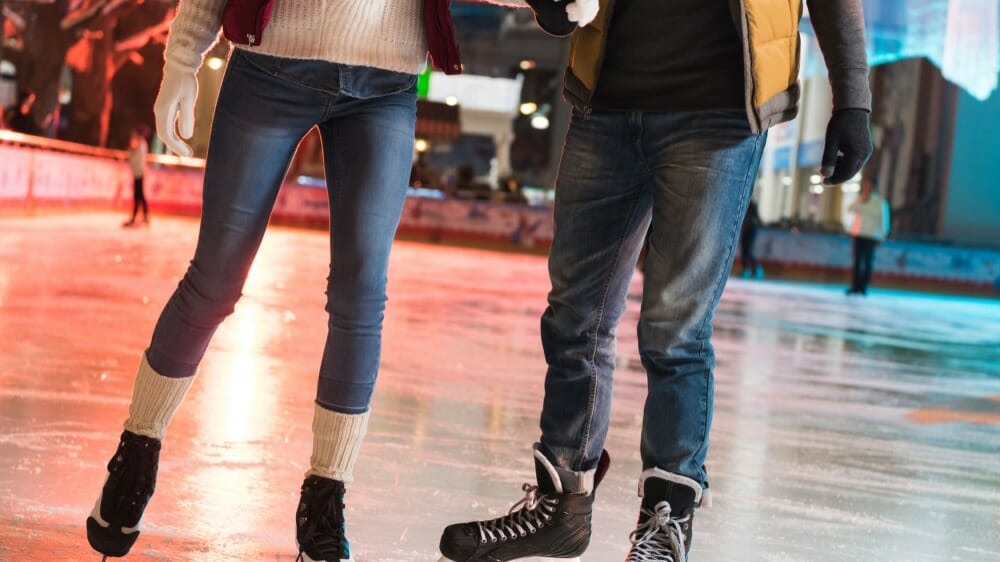 The NIC opened in April 2000 and was built on the site of the former Nottingham Ice Stadium.

The NIC is home to two Olympic-sized ice rinks, making it the only venue in the UK with this capability.

Public skating takes place daily and there are usually two or three skating sessions per day. 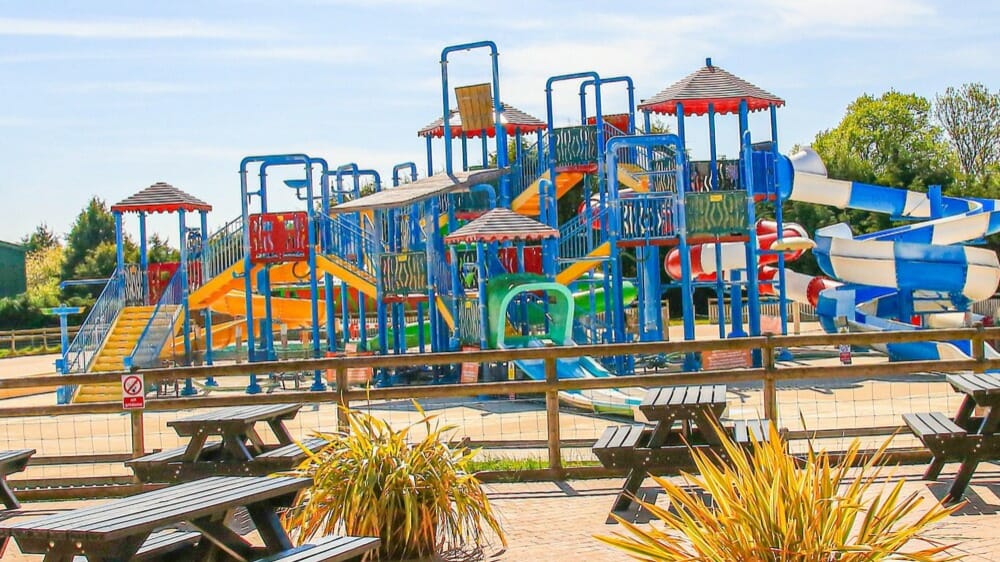 If you’re looking for a family-friendly activity in Nottingham, look no further than Robin Hoods Wheelgate Park.

This popular attraction has some fun things for everyone, with a variety of rides and attractions to keep the whole family entertained.

Whether you want to zip around on the go-karts, take a spin on the carousel, or get your adrenaline pumping on the rollercoasters, there’s plenty to keep you busy.

And when you need a break from all the excitement, there are plenty of places to grab a bite to eat or relax in one of the park’s many cafes and restaurants. 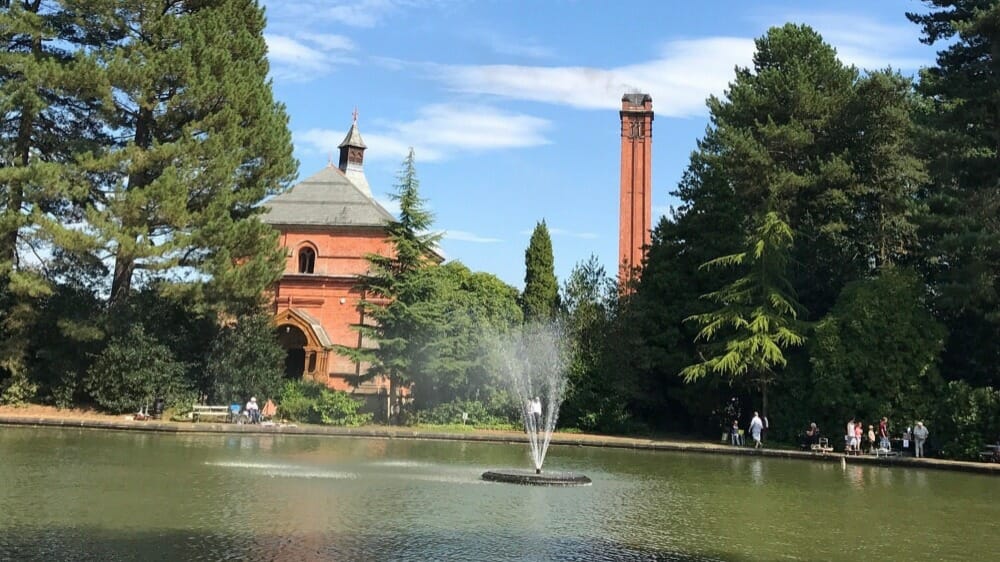 Papplewick Pumping Station is a working Victorian water pumping station that is open to the public as a museum.

The pumping station was built in 1884 and continued to operate until 1969 when it was decommissioned, it was then reopened as a museum a few years later.

The site is open for tours from April to October and there is also a café on site.

Visitors can learn about the history of the pumping station and see the original steam engines in action.

When not in steam the pumping station and grounds are open on Wednesdays and Sundays.

What is Nottingham famous for?

Nottingham is famous for it’s legend of Robin Hood and his merry men.

What is happening with Broadmarsh shopping centre Nottingham?

The Broadmarsh shopping centre is set to be redeveloped in the future.

Where is the Museum of Nottingham Life?

The Museum is near the base of Castle Rock, beneath historic Nottingham Castle.

It is a local history museum, with costumes, textiles, equipment, furniture and historic artefacts are on display.